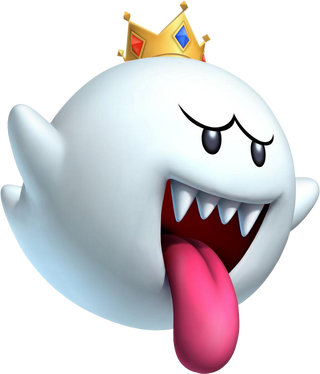 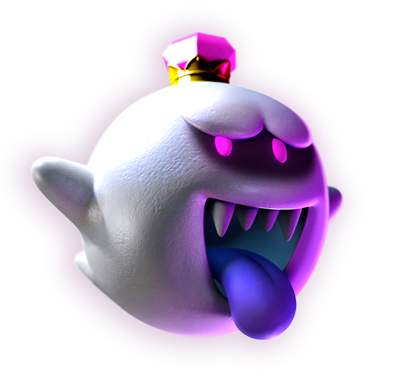 King Boo is the leader of the Boos and the main antagonist of the Luigi's Mansion series and is the arch-enemy of Luigi. He is also an ally of Bowser, who has aided him in his various schemes. He is more than capable of devising and enacting villainous plans by himself, including his capture and imprisonment of Mario. Although not the biggest Boo, King Boo has abilities that far surpass that of the average ghost and he wields a number of impressive magical abilities, including the ability to materialize objects. King Boo's magical power is directly proportional to the number of Boos in his vicinity.

Attack Potency: Multi-Solar System level (Fought and managed to capture both Mario Bros. several times. Capable of creating and manipulating realms that contain several stars in the background), Universe level+ when creating Paranormal Portals (Paranormality from the portal will cause the universe of the Mario Bros to collapse if Luigi doesn't close it)

Speed: Massively FTL+ (Can keep up with the Mario Bros)

Stamina: Limitless due to being a ghost

Intelligence: Above Average as he leads and commands an army of Boos and other ghosts. He also planned traps and schemes.

Weaknesses: Bright light (This weakness varies as he has been shown to be capable of standing outside under the sun in several games such as Mario Kart: Double Dash)