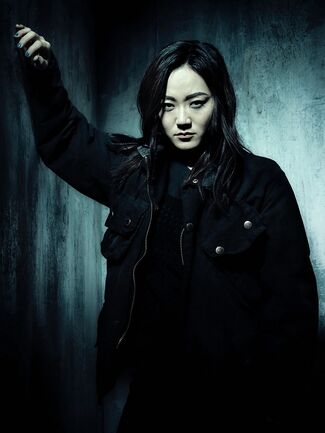 Kimiko Miyashiro was abducted by the terrorist Shining Light Liberation Army at a young age, serving as a child soldier for them until one day being captured by Vought International, who injected her with Compound V in order for superheros to be accepted in the military by them fighting against superpowered terrorists. She is imprisoned in a Triad base until The Boys set her free during their investigation of the drug. Though she escapes to Penn Station, they track her down and she soon forms a bond with a member, Frenchie, leading her to join The Boys as The Female.

Classification: Superhuman, Member of the Boys

Attack Potency: Wall level (Harmed A-Train and later broke his leg. Overpowered armored soldiers despite being ambushed and drugged. Capable of dismembering opponents with her bare hands. Many times stronger than Billy Butcher)

Lifting Strength: Class 1 (Capable of ripping off a man's head, which requires this this much force)

Durability: Wall level (Survived getting slammed through a wall by A-Train. Recovered quickly after Kenji telepathically smashed her through a wall) 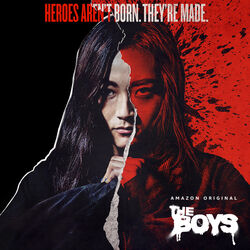 Kimiko with the Boys.
Add a photo to this gallery

Retrieved from "https://vsbattles.fandom.com/wiki/Kimiko_Miyashiro?oldid=6905024"
Community content is available under CC-BY-SA unless otherwise noted.