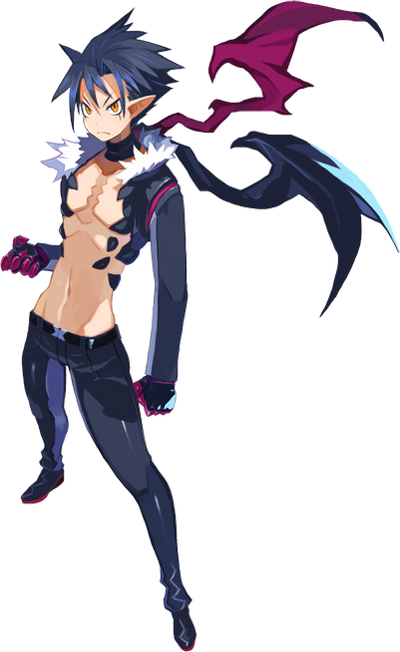 Killia is the protagonist of Disgaea 5 and the Overlord of the Cryo Blood Netherworld. A cold and stern loner renowned for his incredible power and equally incredible appetite, he seeks revenge against Void Dark for killing Liezerota, the love of his life, joining the Rebel Army to do so. But he soon finds himself yearning for something beyond empty vengeance.

Attack Potency: Solar System level, possibly Multiverse level+ (Far Stronger then the fodder of the Lost Army, Is considered to be in the running for Strongest Overlord) | Galaxy level, possibly Multiverse level+ (Should be stronger then the Flora Beast who can do this, and those that can use Galaxy Comet, Is considered to be in the running for Strongest Overlord) | Multiverse level+ (As an Overlord-class Demon, he is far more powerful than nameless fighters and grunts who can replicate the big bang with a single punch, participated in the battle against Void Dark and fought him single-handedly prior to joining the Rebel Army, but lost, Is arguably the most powerful member of the Rebel Army and defeats Void Dark with his Ultimate Demon Technique - Ultimate Skill: Macrocosm attack. Was able to fight the combined might of Zetta, Pram, and six Pettas by himself for awhile but ultimately was about to lose)

Stamina: Very high (As an Overlord, he can tear through scores of other demons without much effort)

Intelligence: Killia is one of the most skilled hand-to-hand combatants in the Rebel Army. Having been personally trained by Goldion when the latter was in his prime, he has mastered nearly every technique of the Ultimate Demon Fist style and tutored fellow student Zeroken into becoming a fearsome fighter in his own right. He is also creative enough to create his own techniques, creating an improved version of the Avidya Holy Water technique after using it to save Goldion from Void's brainwashing.