VS Battles Wiki
Register
Don't have an account?
Sign In
Advertisement
in: Kill la Kill, Studio Trigger, Verses,
and 4 more

For detailed information about this series, visit the Kill la Kill Wiki.

Kill la Kill is set at Honnōji Academy, a fictional high school in Japan that is dominated by its fearsome student council, led by Satsuki Kiryūin.

The council members wear special uniforms called Goku Uniforms that grant them superhuman abilities, which they use to oppress the rest of the school's students and staff. Ryūko Matoi, a student wielding a scissor-shaped longsword, transfers to Honnōji Academy in search of the scissor blade's original owner, who killed her father.

Defeated by the council after interrogating Satsuki over the killer's identity and whereabouts, Ryūko comes across a sentient sailor uniform she names Senketsu, who puts himself on Ryūko.

Using Senketsu's special abilities, Ryūko stands up against Satsuki and her henchmen, the Four Elites, to liberate Honnōji Academy from their iron grip and find out the truth behind her father's murder.

KLK is a fairly powerful verse. The god tiers such as Ryūko and Ragyō are casually Moon level. The rest of the main cast consists of people who range from Town level to Continent level. And even some of the slowest ones in the entire series are over 1% the speed of light.

The Life Fibers have enough power to destroy an entire planet. Though they need massive amounts of prep time to get to that level and can't apply such destruction for combat.

The series also has really impressive raw strength. With people capable of lifting tens of thousands to trillions of kilograms. And the Life Fibers' final form being in the quintillions of kilos through sheer size. 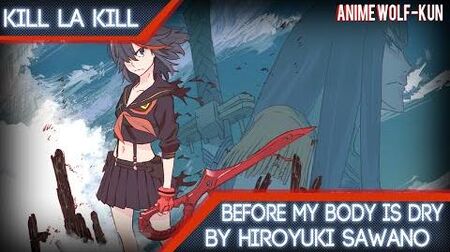