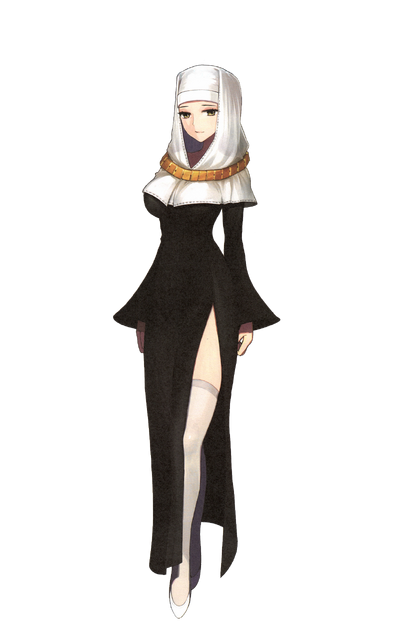 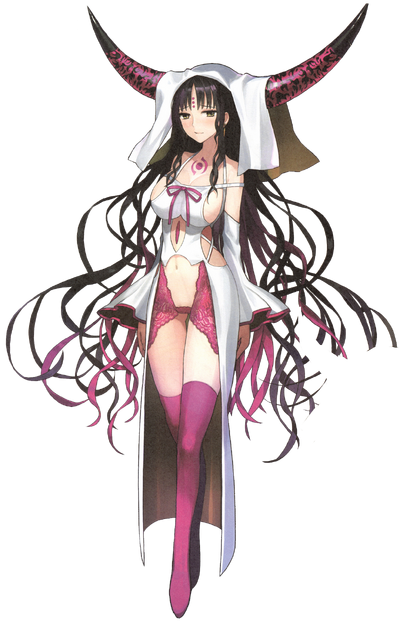 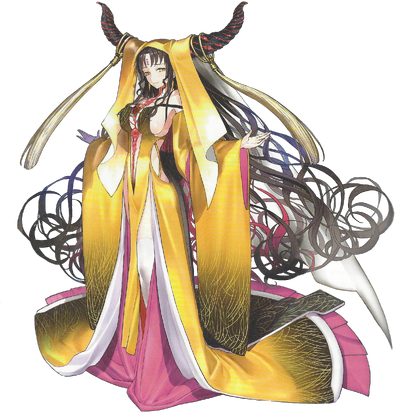 Kiara Sessyoin is the Master of Caster in Fate/Extra CCC and the game's true antagonist. She is also known as the "Devil’s Bodhisattva" and the "Last Prophet". She also appears in Fate/Grand Order as Beast III/R, the Beast of Pleasure representing Lust.

Powers and Abilities: Superhuman Physical Characteristics, Limited Information Analysis, Energy Projection, Soul Manipulation, Mind Manipulation, and Empathic Manipulation on a planetary scale via her Noble Phantasm (Sublimes and melts the lives, desires, minds, and souls of others into a formless mass), Can BFR someone to the Horsehead Nebula, Power Nullification (Can seal and nullify oncoming attacks with various hand seals), Reality Warping (Is one with the Moon Cell, allowing her to manipulate reality at will), Fate Manipulation (Can impose any future that is within the realm of possibility with the power of the Moon Cell), Absorption (Can drain magical and physical energy from her foes to replenish her own), Status Effect Inducement (Can inflict paralysis and stunning effects), Danmaku, Resistance Negation (Can erode away at one's resistances to her advance and mind manipulation), Gravity Manipulation (Has her own gravitational field), Subjective Reality (Manages to fight Gilgamesh with Ten Crowns EX, in spite of the fact it can turn attacks into "what was not") | All previous abilities, Acausality (Type 1; Her Independent Manifestation skill allows her to be unaffected by time paradoxes), Power Nullification (Can nullify the special traits of saints and enlightened ones and render her foes as powerless as newborns with her Noble Phantasm), Teleportation (can appear to anyone who desires salvation), Gains damage bonuses against any intelligent being able to experience sexual pleasure, Void Manipulation (Her womb is a literal hole in reality that erases anything caught within), Summoning (Can summon an infinite number of Demon Pillars to assist her in combat as well as her own Sentinels), Enhanced Senses (Can see through every possible universe in the multiverse), Servant Physiology, Shapeshifting/Possession, Resistance to BFR (Can resist the effects of Rayshift due to having Independent Manifestation), Time Manipulation, Mind Manipulation, and Death Manipulation (Due to her Independent Manifestation, Kiara is virtually immune to instant death unless the concept of death is forced upon her)

Attack Potency: Multiverse level+ (Is an existence that is close to Saver and is superior to her Beast III/R form. Has control of the Mooncell, which contains infinite possibilities ) | Multiverse level+ (Should still be comparable to her CCC self)

Speed: Massively FTL+ (Can easily keep up with any of Hakuno's Servants, who crossed 1,500 light years in a few minutes) | Massively FTL+

Lifting Strength: Class Z due to her size

Intelligence: As the former head of the Shingon Tachikawa Cult, Kiara is a genius in the realm of spiritron-hacking, rapidly expanding the cult while bedridden with an illness and learning how to peel back any layer of the mind, body, and soul she desired at the age of 14. Manipulative, seductive, and ruthless, she forcibly entered the Moon Cell by hacking the data of Taiga Fujimura and replacing her before enacting her plan to absorb BB and the High Servants and take over the Moon Cell with Hakuno Kishinami and their Servant unable to stop her. After ascending into the Seductive Bodhisattva as part of her plan, she displays considerable skills in close combat while battling Hakuno's Servant and made extensive use of code-casts to turn the battle in her favor. However, she became somewhat complacent after achieving her "ideal self", thus not anticipating that BB, Passionlip, and Meltlilith would continue resisting her after being absorbed and failing to account for BB's secretive attempts to weaken her as Beast III/R.

Weaknesses: Kiara is somewhat complacent and arrogant, not expecting the resistance of BB and the other High Servants or BB's efforts to sabotage her in the Fate/Grand Order timeline.

Angra Mainyu/CCC: All the World's Desire: The anti-planetary Noble Phantasm of the demon-transformed Kiara Sessyoin. She was reborn into the Earth Mother, accepting all the desires of humanity, but also becoming a sacrifice to those desires. It is an Authority granting her to gain the greatest of sensations and grow by offering her body to and embracing all life left on Earth from humans to animals and plants. It is the "most heinous" of Noble Phantasms, utilizing the Earth for self-satisfaction.

The ability turns her into the floodgates of all the desires of humanity, allowing her to usher the souls of people into her body by utilizing the Code Cast Ten Thousand Color Stagnation. She creates a vortex of pleasure that melts sapient beings, subliming their lives in a brief instant. It is the birth of an ephemeral but eternal Land of Bliss. It works on any sapient being without exception, no matter how different the structure of intelligence, making it a Noble Phantasm that is not limited to only the Earth. It has a special effect that deals more damage in certain conditions, increasing if used on a member of the opposite sex from the user and dealing more damage the higher the intelligence of the target.