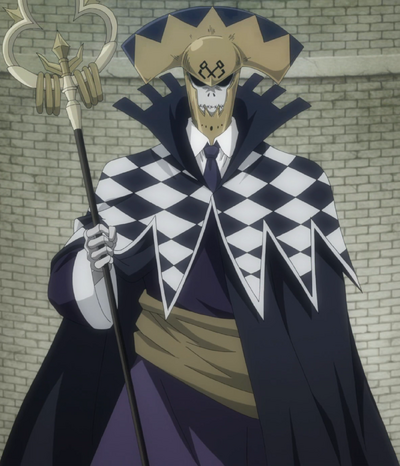 Keyes (キース, Kīsu) was an Etherious of the Dark Guild Tartaros and a member of the Nine Demon Gates. Keyes is a very silent and mysterious Demon, rarely saying a word, although he usually mutters. He has a calm and sadistic demeanor, even when he is about to face his enemies, as he eerily threatened Lucy, Wendy, Happy and Carla before confronting them.

Age: Unknown (Likely several hundreds, but no more than 400)

Durability: City level (As durable as Jackal. Wasn't directly killed by Juvia attacking him from his insides, as she had to make some effort to do it). Intangibility can make him very hard to kill.

Weaknesses: Can be killed if damaged from inside; Devil Slayer Magic