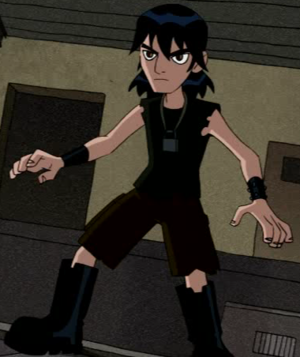 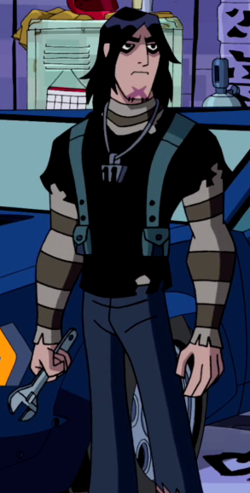 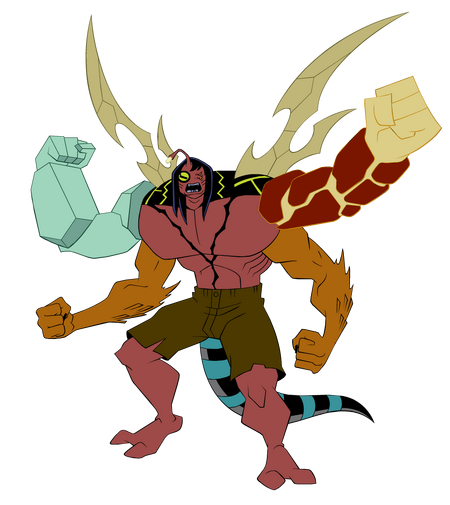 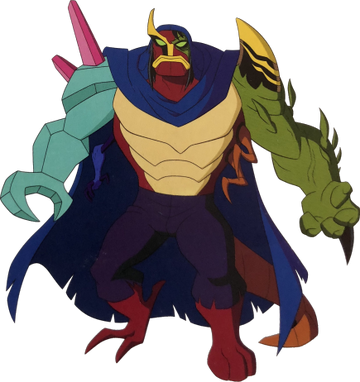 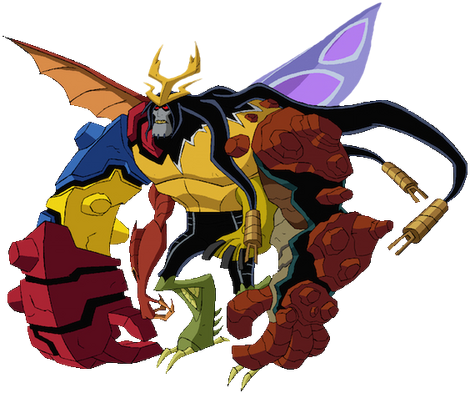 Kevin Levin is an Osmosian and a member of Ben's Team. He started off as one of Ben's notable enemies in the Original Series before reforming and joining Ben in Alien Force onwards.

Durability: Human level | Small Town level (Easily took attacks from Vilgax, and Four Arms) | Athlete level. At least Small City level, likely Mountain level (Took a beating from Cash who was fused with a Techadon Robot, which was capable of easily smashing through Gwen's shields. Survived a beating from Princess Looma and should be comparable to weaker aliens like Armodrillo, took full power strikes from Highbreed, but was knocked unconscious) | At least Mountain level, likely higher (Survived attacks from Ultimate Echo Echo and Ultimate Humungousaur)

Intelligence: At least Genius (Although he lacks knowledge in certain areas, he displays vast knowledge of alien and Earth technology. Modified both of his cars himself and built Ben his car)

Taydenite Kevin
Add a photo to this gallery