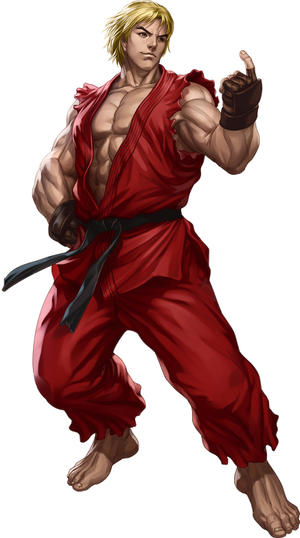 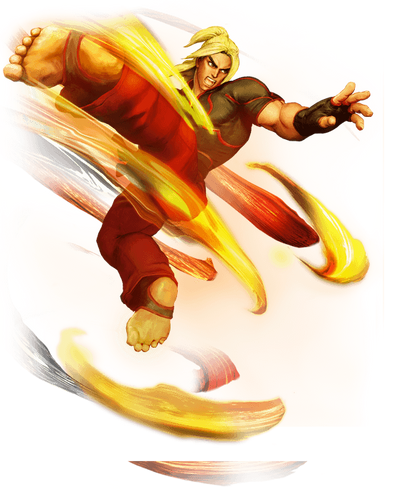 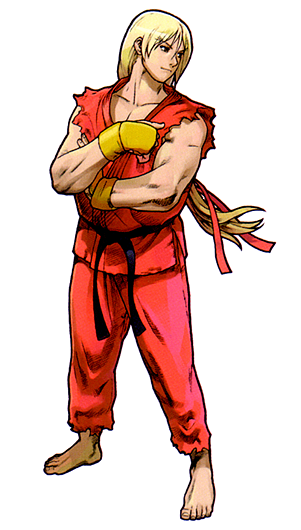 Ken (ケン or 拳 "Fist"), also known by his full name, Ken Masters (ケン・マスターズ Ken Masutāzu), is a video game character created by Capcom. He is one of the main protagonists of the Street Fighter series. Ken is also stated to be the second most popular character in the series, coming second to his best friend Ryu. Like Ryu, Ken's goal is to test his power against many different fighters and strive to become stronger but holds more restraint due to not wanting to jeopardize his family life.

Attack Potency: City level (Managed to fight off M. Bison with the help of Sakura Kasugano but he did most of the damage, can fight on par of Ryu) | At least City level (Empowered by M. Bison's Psycho Power.)

Stamina: High, can fight even while heavily injured.

Intelligence: Above Average, very skilled fighter. | Below Average (Fights in a berserker-like manner)

Weaknesses: He is cocky | His bloodlust might make him attack recklessly