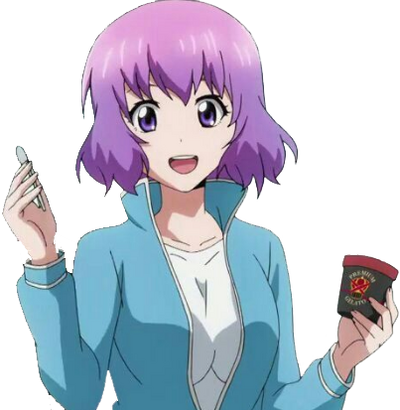 Kawai Hanabi was a student at Setouchi Keijo Training School. She was ranked third in the Elite Class.

Upon graduating from Setouchi, Hanabi officially becomes a B-Rank Keijo player, affiliated with the Kansai's Kyoto Branch, and is mentored by Kyoko Shirayuki. After collecting enough points, she is able to advance to the A-Rank.

Speed: Supersonic+ (Rushed to Nozomi before she could react)

Durability: Building level (Can take attacks from people on her level)

Stamina: High. Can fight opponents on her level without much fatigue.

the batter to hit the ball. However, Hanabi utilizes this in Keijo to get closer to her opponents.

targeting the weak spots on the human body, by using both of her butt and chest. So far, Hanabi is seen to be able to target these spots properly:

target her opponents' nape to behead them by using her butt.

Retrieved from "https://vsbattles.fandom.com/wiki/Kawai_Hanabi?oldid=4149706"
Community content is available under CC-BY-SA unless otherwise noted.