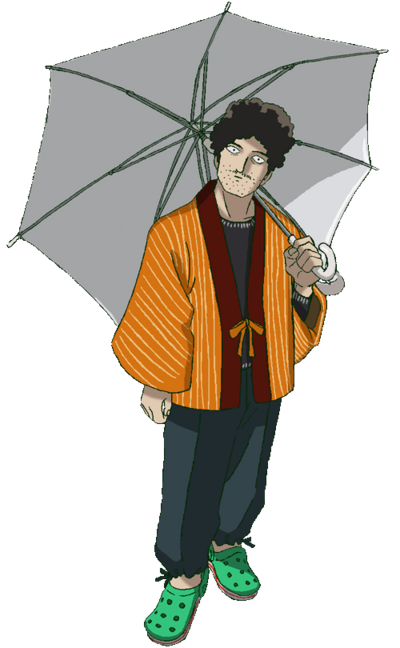 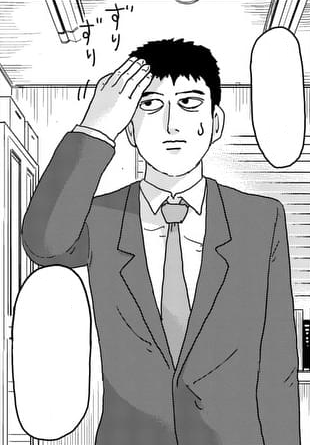 Katsuya Serizawa is a minor antagonist and later supporting character in Mob Psycho 100. He was a natural-born esper who couldn't properly control his powers, leading him to a life of isolation and depression, with emotional outbursts that would alienate him further. However, upon being recruited into claw by Touichirou Suzuki, Serizawa found a new purpose in his life in serving him, although this was an illusion of friendship he wouldn't realize until his confrontation with Mob.

After realizing the boss' true feelings towards him and turning against Claw, Serizawa would turn a new leaf and become an employee of Spirits and Such Consultation, apprenticed under Shigeo.

Attack Potency: Large Building level (Forced Mob to enter 100% with his power. Blasted off a large potion of the tower he was in when he was separated from his umbrella for a second and vaporized several layers of walls with a blast while still holding back)

Speed: At least Subsonic+ (Comparable to Base Mob and could react to his attacks. Should be of similar speed to Shimazaki)

Lifting Strength: At least Class 100 (His powers should far exceed Teru's, who could lift ten cars)

Striking Strength: Large Building level (Can channel energy into his umbrella, which winded Base Mob with a single attack)

Durability: Large Building level (Superior to Base Mob, and could take direct hits from him even without his umbrella), Town level with his Umbrella (Completely blocked Sho's Charge Bomb, barely managed to block an attack from 100% Mob, and could fully block attacks from Suzuki at 3% of his power output)

Stamina: Extremely High. Like the rest of the Ultimate 5 he fought for nearly an entire day, actively defending Touchirou and only getting exhausted when confronted with 5% of Touichirou's power

Range: Dozens of meters, likely far higher. A held-back blast of his sent a man flying over several city blocks.

Intelligence: Below Average. Neglected his studies and wasted his youth in isolation. Generally very susceptible to deception and manipulation from others. Believed that Claw was a business corporation for a long period of time and didn't even realize they had captured the Prime Minister until he was directly told so

Weaknesses: Formerly lost control of his powers when separated from his umbrella. Formerly extremely emotionally unstable. Generally very easy to fool and manipulate