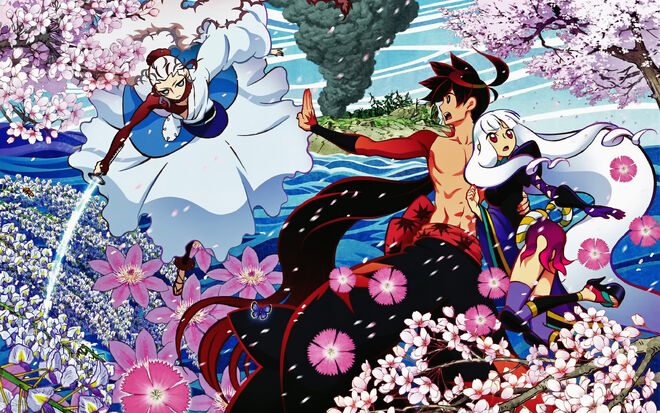 For detailed information about this series, visit the Katanagatari Wiki.

Katanagatari is an Anime and Light Novel series written by Nisio Isin, the writer of the Monogatari Series. It takes place in an Edo-era Japan and tells the story of Shichika Yasuri and Togame as they embark on a mission to collect twelve unique swords known as the "Deviant Blades".

This verse is moderately strong for an anime of its type, with most notable characters being around City Block level+. The high tiers, however, outclass the rest of the verse by a wide margin, sitting comfortably at Mountain level. The verse is also rather fast, with most characters being between Subsonic and Supersonic in speed. There is also a surprisingly high amount of hax, with Durability Negation being a fairly common ability, and multiple others such as Speed Amplification, Soul Manipulation, and Power Copying being used throughout. The series is a skill-based one first and foremost, however, so the one place where each character shines is in their intelligence sections.

Start a Discussion Discussions about Katanagatari