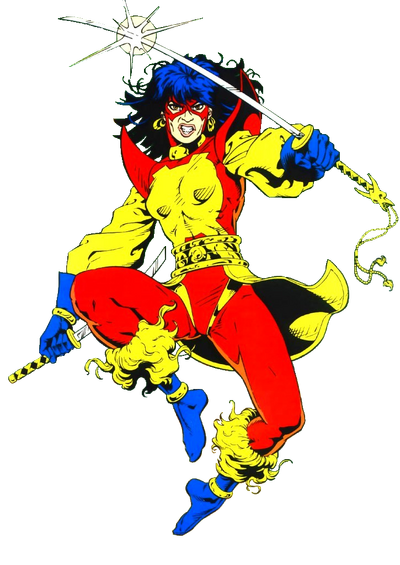 Tatsu Yamashiro (or just Katana) is a samurai warrior whose skill with a sword allows her to fight for justice as a superhero. Her tragic backstory includes the death of her husband, Maseo, whose soul becomes trapped in her blade, the Soultaker.