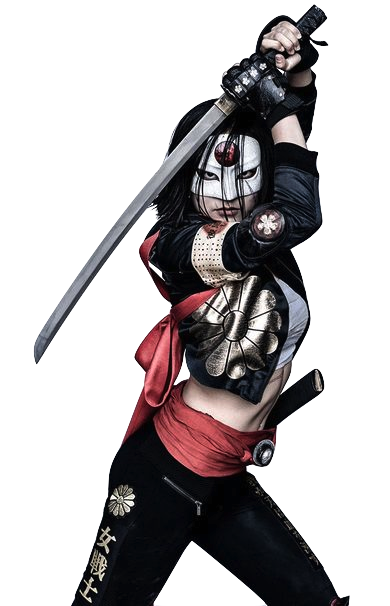 Tatsu Yamashiro is a Japanese human samurai assassin code-named Katana (after her weapon of choice). Tatsu is an infamous master of swordplay and martial arts, trained to the highest level in the ancient art form. She is a member of the Suicide Squad, and, of note, the only voluntary member, volunteering as Rick Flag's personal bodyguard.

Attack Potency: Street level (Superior to Deadshot and Captain Boomerang. Briefly held her own against Enchantress). At least City Block level with Soultaker (Sliced the arm of Incubus). Can negate durability via soul stealing

Intelligence: Quite Intelligent. Has been a vigilante in Japan, going up against the Yakuza, for at least some years, possibly the most skilled Swordswoman on Earth.

Weaknesses: Is haunted and traumatized by the death of her husband

"Flag’s sword-wielding No. 2 has a strong moral code even as she still mourns the death of her husband." - Official Description

Retrieved from "https://vsbattles.fandom.com/wiki/Katana_(DC_Extended_Universe)?oldid=6384170"
Community content is available under CC-BY-SA unless otherwise noted.