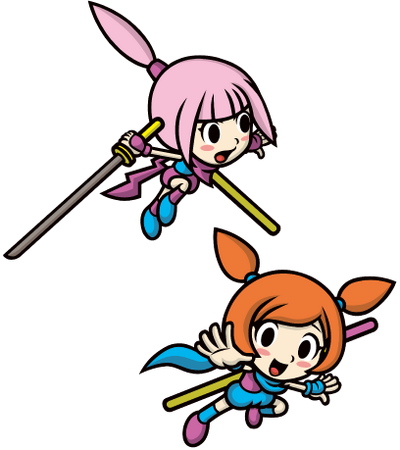 Kat and Ana are young ninjas from Diamond City who work as video game developers at Wario's company designing nature-based games. They are both students at Diamond Kindergarten and the Mystical Ninja Elementary.

Gender: Both are female

Age: Unknown, likely 5-7 due to being Kindergartners

Attack Potency: Large Building level (Kat physically clashed with the Elephant Ogre, who is as tall as the Diamond Dojo. Ana is equal to her)

Weaknesses: Kat is seemingly more naive and less cautious than Ana, but both of them have their fair share of naivety.