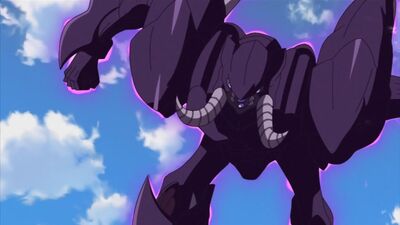 Karkinos Rucan is one of the five Nodos.

Stamina: Very High (Can fight for hundreds of hours without rest)

Weaknesses: If he goes into madness, he loses control and destroys everything in his path.