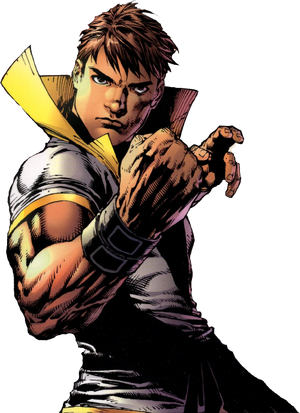 Attack Potency: Varies from Multi-City Block level (Shattered a diamond prison, and excavated through tens of thousands of tons of snow by pushing it) to Low Multiverse level (Has repeatedly fought against Pre-Crisis Kryptonians, Daxamites, and comparable beings)

Intelligence: High (Is a master of every single martial art in existence)

He has, in the past, been able to hold his own against Pre-Crisis Superboy level opponents despite being claimed to not be superhuman. This is obviously due to massive amounts of Plot-Induced Stupidity treated as an actual superpower, as a supposedly physically human fighter should never be able to do so, no matter the skill. This makes his statistics and tier nearly impossible to pin down. Technically he was supposed to be 9-B, but in practical hand-to-hand combat he was treated as 2-C and he has produced at least 8-A feats, such as shattering a diamond prison and excavating through tens of thousands of tons of snow by pushing it.