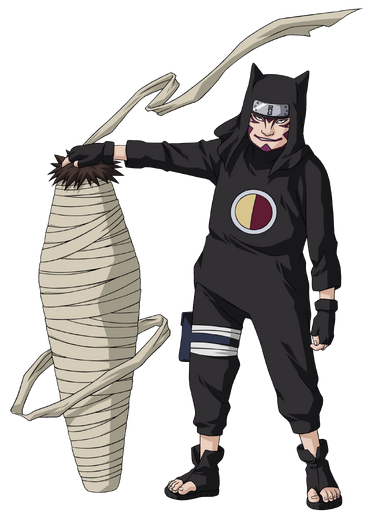 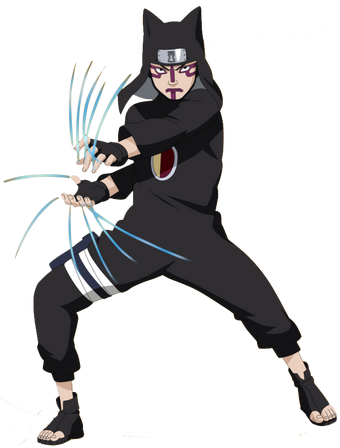 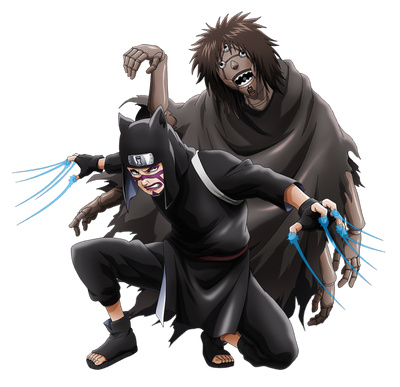 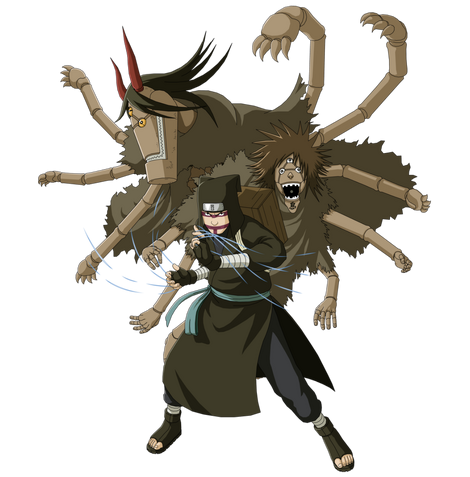 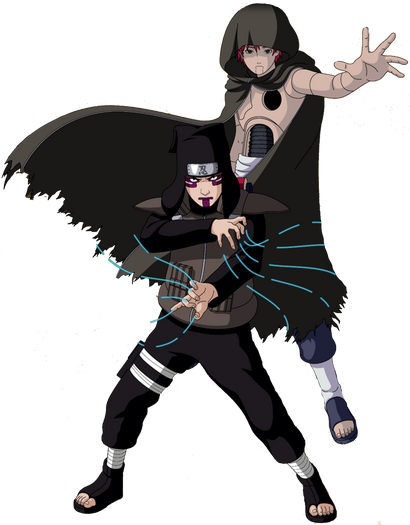 Kankuro (カンクロウ, Kankuro) is a shinobi of Sunagakure and the second eldest of the Three Sand Siblings. While initially terrified of his younger brother, Kankuro would come to believe in him and his dream to become the Kazekage like their father before them and would become one of Gaara's most loyal protectors and bodyguard.

Attack Potency: Large Building level (Equal to his sister, who fought Shikamaru. Should be comparable to Choji Akimichi, who can shatter a large boulder with his attacks) | City Block level, Small Town level+ with his puppets (Comparable to his sister, who defeated Curse-Mark II Tayuya. Easily defeated Sakon, who is the strongest member of the Sound Four aside from Kimimaro) | Town level (Is superior to and leads Ittan's squad, with Ittan being capable of this much power with his Earth Release)

Durability: Large Building level (Equal to Temari, comparable to other mid-level genin such as Choji Akimichi and Shikamaru Nara) | City Block level, Small Town level+ with his puppets (Fought the Sound Four with his puppets) | Town level (Should be superior to Ittan)

Stamina: Very high (Can fight in the Great ninja war without any noticeable fatigue)

Intelligence: Being one of the Fourth Kazekage's children who underwent the gruelling training of Sunagakure, Kankuro became a highly skilled and capable shinobi. Kankuro's skills improved considerably over the time-skip, becoming a jonin and later being chosen to lead the Surprise Attack Division during the Fourth Shinobi World War. He has shown himself to be a capable leader, having his division set up a miniature headquarters before assigning individuals to various roles. In addition, he has shown the tactical sense to call a retreat when outmatched as well as attack accordingly, and synchronise skills with his teammates for the most appropriate outcome. Kankuro is a highly talented puppeteer, indicated when Sasori, a renowned master of the Puppet Technique, complimented Kankuro's abilities.

Weaknesses: Being a puppet user he is highly vulnerable to close range fighters (However, he has come up with many ways of escaping it: he's shown to act quite deceptively, switching places with his puppets using the Body Replacement Technique, also altering their appearances to resemble his, to escape close combat when an opponent gets too close, while at the same time putting his puppets in range of the enemy, allowing Kankuro to catch his foes off guard and kill them).