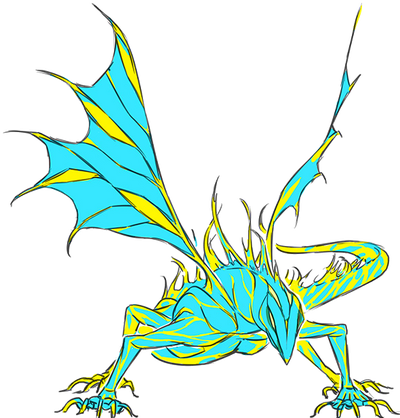 Kamijou Touma (上条 当麻 Kamijō Tōma) is the main protagonist of the Toaru Majutsu no Index series and an important character in the Toaru Kagaku no Railgun side stories. As a Level 0 Academy City first-year high school student, his point-of-view allows the audience to become acquainted with the mysterious world of Toaru Majutsu no Index, and is mostly involved in the events of its Magic Side. He possesses the mysterious "Imagine Breaker" in his right hand, which is capable of negating all forms of magic, esper powers, and other divine abilities. This, according to Index, even includes his own luck as luck is a blessing from God.

He has a very strong desire to aid all those who are in need even if it means putting his life on the line and will not hesitate to challenge an opponent who is several times more powerful than himself. Because of his willingness to help others unconditionally, he has attracted the affections of many characters in the series, which Himegami Aisa jokes about, stating that his life is like a dating simulation where he is bound to unlock more paths to more girls. During his adventures, Touma has saved countless people, Academy City and even the world a few times. His heroic and forgiving nature has inspired several people, including a lot of his former opponents, to become better persons and has allowed him to befriend and make allies with several powerful and influential characters in the world.

Name: Touma Kamijou, "Imagine Breaker", "God of Pestilence", "The One who Purifies God and Slays Demons"

Powers and Abilities: Peak Human Physical Characteristics, Skilled Street Fighter, Analytical Prediction, Power Nullification with Imagine Breaker (Can nullify all supernatural powers), Limited Regeneration (Low-Mid; has been able to regrow his right arm back after it was severed in multiple occasions, but only his right arm), Resistance to Poison | Superhuman Physical Characteristics, Analytical Prediction, Resistance to Poison

Attack Potency: Street level (Can fight regular Skill-Out members, who are at Olympic athlete levels, his punches can lift people off the ground and throw them away, has knocked down multiple people with a lariat), High Complex Multiverse level (Imagine Breaker has the same effect on supernatural bodies as it has on supernatural attacks) against some supernatural beings with Imagine Breaker, Unknown with powers beyond the right hand (The Invisible Thing is stronger than Fiamma of the Right as La Persona Superiore a Dio, but it has been easily defeated by 50/50 Othinus and Aiwass) | At least Street level (Much stronger than normal)

Speed: Peak Human (Fast enough to fight and dodge attacks from multiple people at the same time), though he can defend himself from much faster supernatural ranged attacks via Precognition (His Precognition works by unconsciously reacting to the opponent's involuntary movements prior to an attack, so it doesn't work against people like Saints who move too fast for him to react to) | Likely Superhuman with Massively Hypersonic burst movement (Can perform short bursts of movement with speed comparable to that of Kanzaki Kaori)

Durability: Street level (Has withstood punishment that would easily kill a regular human on several occasions, and has managed to walk and even fight shortly after receiving severe injuries), High Complex Multiverse level (IB can be used to undo a phase shift, negated and destroyed Othinus' Gungnir which destroyed all phases, it's the "ultimate shield" counterpart to World Rejecter's "ultimate weapon") against supernatural attacks with Imagine Breaker, Passively resists some supernatural abilities like Angel Fall and Vento's Divine Punishment | Building level (his Dragon Shell could protect him from Misaka Mikoto's Railgun)

Stamina: High (Able to withstand Mikoto's electric attacks and still be able to fight and defeat Accelerator shortly afterward, a fight where he received even more injuries, was also able to go through several thousands of deaths fighting Othinus)

Intelligence: He's not smart enough to keep up with his education (Though this is mainly because of all the time he's forced to skip school), but he has been shown to be an excellent strategist in battle and is very proficient at figuring out the mechanics and weak points in a magician or esper's powers, analyzing the enemy's motivations, etc...

Touma's arm is cut for the first time

Ainz Ooal Gown (Overlord) Ainz's Profile (Speed equalized, both were at their base)