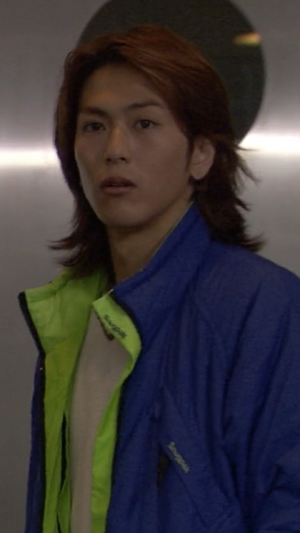 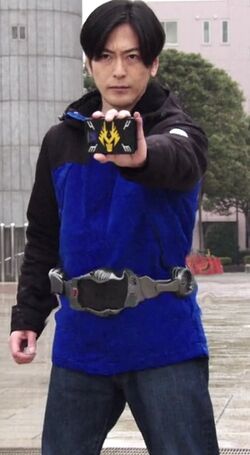 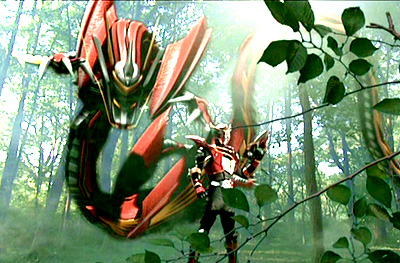 Shinji Kido (城戸 真司 Kido Shinji) is the main protagonist of Kamen Rider Ryuki who becomes Kamen Rider Ryuki (仮面ライダー龍騎 Kamen Raidā Ryūki, lit. "Dragon Knight"). He is a journalist trainee working for ORE Journal who finds himself drafted into the Rider War after finding a mysterious card deck. Among the Riders in the Rider War, Shinji does not fight to get his wish, but to stop the Riders from killing each other over it and protect people from the Mirror Monsters.

Powers and Abilities: Transformation | Superhuman Physical Characteristics, Skilled swordsman, Enhanced Senses (Can sense the existence of the Mirror Monster from far away), Dimensional Travel (Can travel to the Mirror World through any reflectable surface), Summoning with Advent (Can summons Dragreder and weapons), Fire Manipulation with Strike Vent, Sealing with Seal or Contract card, Flight with Dragreder | All previous abilities enhanced plus Energy Projection (His Drag Visor-Zwei can shoot energy), Can random any Advent Cards with Strange Vent (Strange Vent allows him to use 1 random Advent Card of any kind, he gains access to Trick Vent which capable of Duplication, and Steal Vent which capable of Power Mimicry and Power Absorption), Transformation with Dragranzer (Can transform itself into a motorbike)

Stamina: Superhuman (Fought a horde of Mirror Monster while he got fatally wounded before his death)

Weaknesses: Naïve to even his enemies, Ryuki is reluctantly prone to the rules of the Rider War among the thirteen participants. These consequences include keeping his V-Buckle intact to survive within the Mirror World and to honor his pact with Dragreder by giving it life-force to keep it from turning on him, though Ryuki gained Dragreder's friendship and full cooperation so he can fight without worry of being eaten.