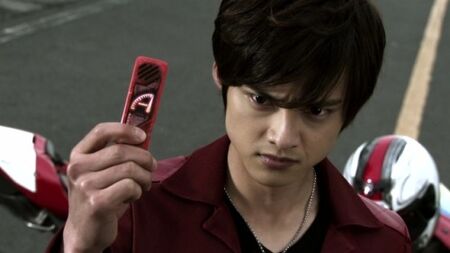 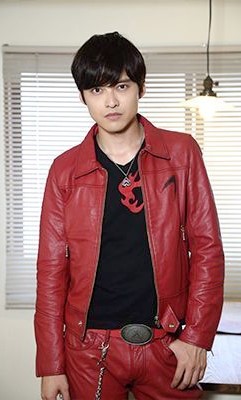 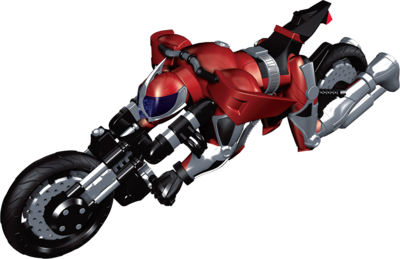 Ryu Terui (照井 竜 Terui Ryū) is a who appointed to the Futo Police Department's Paranormal Crime Investigation Division, much to the chagrin of Shotaro, Jinno, and Makura. Though he becomes an ally to Shotaro in fighting Dopant crimes as Kamen Rider Accel (仮面ライダーアクセル Kamen Raidā Akuseru), Ryu originally becomes a Kamen Rider to find his family's murderer, Dr. Shinkuro Isaka. However, it is only after Isaka's death that Ryu learns that there is more to the story behind the death of his family.

Powers and Abilities: Transformation with Gaia Memories (and can turn himself into a bike), Superhuman Physical Characteristics, Martial Arts, Vehicular Mastery, Energy Manipulation, Smoke Manipulation (Can creates a wave of hot steam), Heat Manipulation (Allows the Engine Blade to execute heated slashes or fire an energy projectile), Electricity Manipulation (Allows the Engine Blade to perform electrically charged slashes or fire a bolt of electricity), Fusionism (Bike form can combine with various other units), Fire Manipulation and Flight as AccelTurbuler Form | All base abilities plus Statistics Amplification (Can increase his speed further in this form) | All base abilities plus Flight, Energy Manipulation.

Attack Potency: Athlete level (As a trained police he should be at this strong) | Small Town level (Comparable to Kamen Rider Double) | Small Town level (Much stronger than before) | Continent level (Fought against Roidmude alongside with Drive and Mach) | Solar System level (Traded blow with Kasshine who superior to Zi-O Decade Armor)

Range: Standard melee range, extended to hundreds of meters with weapons and attacks

Intelligence: Above Average (Ryu is high-class police, who was able to solve difficult cases with ease)

Weaknesses: Once the Maximum Drive is initiated, Accel can only be used for another 10 seconds before being forcibly reverted back to human form, but the transformation is retained if the Trial Maximum Drive is successful before the 10 seconds are up.

Kamen Rider Accel Leave All Behind

Retrieved from "https://vsbattles.fandom.com/wiki/Kamen_Rider_Accel?oldid=6553818"
Community content is available under CC-BY-SA unless otherwise noted.