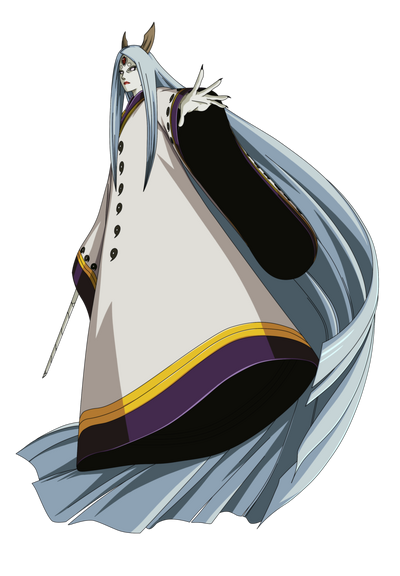 Princess Kaguya Ōtsutsuki (大筒木カグヤ, Ōtsutsuki Kaguya) is the mother of Hagoromo Ōtsutsuki and Hamura Ōtsutsuki, who consumed the fruit of the Shinju and became the progenitor of chakra, and part of the creation of the Ten-Tails.

Name: Kaguya Ōtsutsuki, 'Rabbit Goddess' or 'Demon' by the People

Superhuman Physical Characteristics, Chakra Manipulation, Flight, Fire Manipulation, Air Manipulation, Water Manipulation, Earth Manipulation, Electricity Manipulation, Yin Manipulation, Yang Manipulation, Yin-Yang Manipulation, Energy Absorption, Power Mimicry (The Sharingan allows the user to copy Jutsu used by others, including combat styles), Analytical Prediction (She can predict someone's movements based on the smallest muscle tension thanks to the Sharingan, allowing her to cleanly retaliate and counterattack without wasting any movements), Can see camouflaged targets with the Sharingan, Limited X-ray vision (The Sharingan allows her to see chakra through solid obstacles), and Information Analysis (with sharingan she can read people's energy to determine their power and their next move) with the Sharingan, Expert Gentle Fist Practitioner, Limited Durability Negation (The Gentle Fist bypasses durability to an extent as it directly targets the nerves and life energy channels to disrupt the target's movements and ability to control their inner energy), BFR, Portal Creation, Dimensional Travel, Space-Time Manipulation, Statistics Amplification (Can enhance her physical capabilities with chakra), Status Effect Inducement (Can paralyse targets by making contact with them), Illusion Creation, Perception Manipulation, and Mind Manipulation with the Sharingan (The Infinite Tsukuyomi can also trap an entire planet in an illusion based on their deepest and innermost desires), Bone Manipulation (Can manipulate her own bone structure and use them as weapons), Possession (Via Karma), Immortality (Types 1, 3 and 6; via Karma), Regeneration (At least Mid-High, likely High; she can survive her ETSB with regeneration/immortality and is likely able to regenerate from pure chakra), Enhanced Senses (Has a near 360º field of vision aside from a single blindspot on the back of her neck above her first thoraic vertebrae, Can see through obstructions, detect and perceive sources of chakra. Additionally, The Sharingan greatly enhances her vision, also allowing her to effectively keep track of swift moving objects, see and give colour to chakra, and can even let her see on a cellular scale), Extrasensory Perception (Her sensory capabilities should be comparable to Naruto's, who can detect invisible clones that exist in a separate dimension), Teleportation (Can transport herself and others between dimensions), Hair Manipulation (Can utilize her hair as a makeshift weapon to bind targets or utilize as sharpened needle-like projectiles), Matter Manipulation (The Truth Seeking Balls are superior to Onoki's Dust Release, which turns targets to dust on a molecular level, and her Expansive Truth Seeking Ball was going to swallow the whole of her dimension into nothing), Limited Power Nullification (The Truth Seeking Balls erase and nullify ninjutsu, which includes energy and elemental based attacks, with the exception of those imbued with natural energy), Self-Sustenance (Types 1 and 2; she should be able to breathe in space like Toneri), Limited Invulnerability (Juubi Jinchūriki are impervious to ninjutsu, which includes energy and elemental attacks, with the exception of those that contain natural energy)

Attack Potency: Moon level+ (Stated to be more powerful than even the Sage of the Six Paths, overpowered Naruto's attacks, easily destroyed Sasuke's Susanoo), higher with Infinite Tsukuyomi (The Chakra absorbed from Infinite Tsukiyomi Increases her stats exponentially). Large Star level with the Expansive Truth Seeking Ball (Kaguya's dimensions contain Stars and Planets and her ETSB is capable of destroying and re-creating them, but this does not scale to her normal statistics)

Speed: FTL (She moved too fast for Sasuke to react and casually overwhelmed hundreds of Sage Mode Naruto's clones from all directions), higher with absorbed chakra (Increases her speed exponentially by absorbing chakra from the victims of Infinite Tsukuyomi)

Durability: Moon level+ (But her durability was portrayed very inconsistently. However, immortality and regeneration makes her hard to kill), higher with Infinite Tsukuyomi

Intelligence: Seemingly at least of average intelligence (she, however, consistently keeps getting outsmarted by Naruto), formulated a plot to resurrect herself that took centuries later

Weaknesses: Kaguya is a quite arrogant individual, Having only seen the traditional chakra techniques, spontaneous and odd techniques like Naruto's Reverse Harem Jutsu can stun her with sheer surprise and shock factor. Does not seem to ever utilize the ability-copying power of the Sharingan 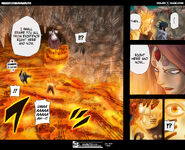 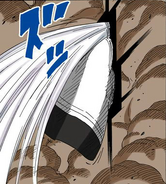 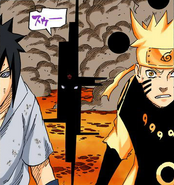 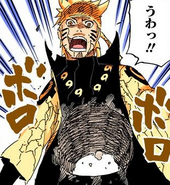 Note: The attempts to make Kaguya scale to her Expansive Truth Seeking Ball were rejected many times before. The primary reason is because this attack required an amount of chakra far greater than her own chakra, and scaling her ordinary stats to it is inconsistent with her performance against Naruto and Sasuke who only possess half of Hagoromo's chakra each.

Retrieved from "https://vsbattles.fandom.com/wiki/Kaguya_Ōtsutsuki?oldid=7015143"
Community content is available under CC-BY-SA unless otherwise noted.