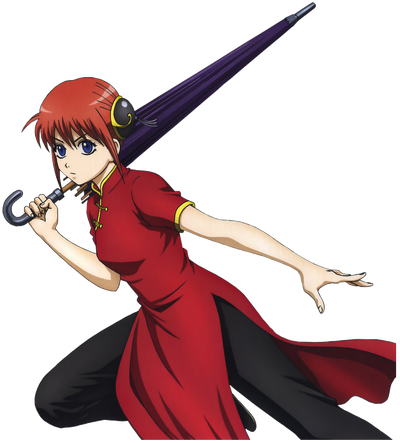 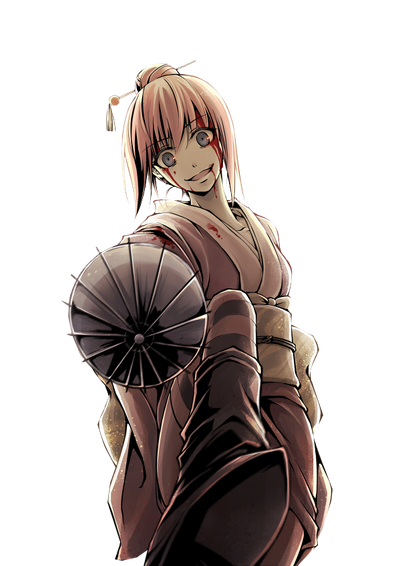 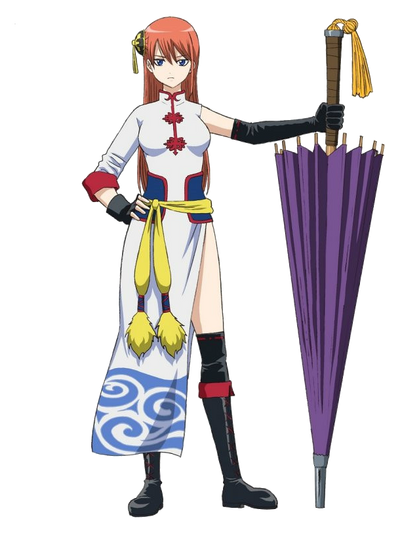 Stamina: Very High (Should be comparable to any of the elite Yato)

Intelligence: Despite her age, she is a pretty smart in combat

Weaknesses: Like any Yato, she gets weak if she is exposed to the sun.

As a Yato, Kagura has smooth fair skin, like all yato her body is well developed with strong, flexible, lean, toned muscle. She possesses amazing natural and instinctive fighting abilities, and tremendous physical; strength, speed, instincts, durability, tactical analytical skills, reflexes, agility, pheromones, flexibility, charisma, health, endurance, regenerative capabilities, longevity, vitality, willpower, and senses all of which far surpass human capabilities.  Abuto has suggested that Kagura is among the highest elite of the Yato, equal only to Kamui, Umibouzo, and Housen meaning her abilities far exceed that of an average Yato, however her kind nature holds back that destructive potential, only to be released when she is awakened.

Expert Hand-to-Hand Combatant: Due to the yato blood running through her veins she is exceptionally strong, but can also lose control of her power and "awaken", when her friends are in serious danger. Her innate Yato killer instincts are generally suppressed because she doesn't like it, but is frequently overtly released when giving Shinpachi a thrashing every now and then. However, her instincts fully woke up in Yoshiwara Blaze arc in her battle with Abuto when he hurt Shinpachi who came to assist Kagura.

Healing: She has shown amazing healing abilities after Kijima Matako shot her. Kagura was able catch the bullets with her hands and mouth.

Umbrella (gun): The umbrella also acts as a weapon that can fire bullets like a machine-gun. Even without her parasol, Kagura is an incredible close range fighter.