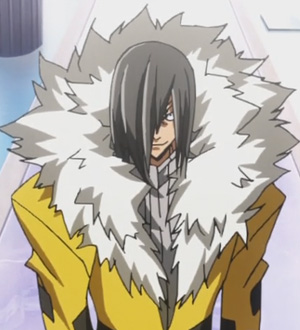 Attack Potency: Building level (Destroyed the base of a tower. Stated to be a threat to a young Adam Blade)

Speed: Superhuman with Supersonic+ combat speed and reactions (Comparable to a young Blade). Higher with the Eden's Seed power up for his clone.

Stamina: Very high, capable to fight pretty good even after receive a critical attack. Extremely high for his clone, regen makes him difficult to kill.

Range: Standard melee range, tens of meters with his threads.