VS Battles Wiki
Register
Don't have an account?
Sign In
Advertisement
in: Characters, Assassination Classroom, Female Characters,
and 29 more 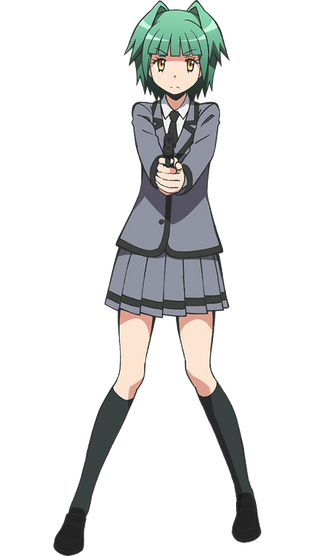 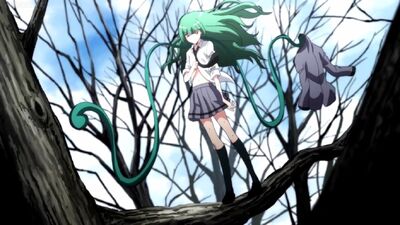 Kaede Kayano (real name Akari Yukimura) is a student in Class 3-E of Kunugigaoka Junior High School, taught by Korosensei. She is one of Nagisa Shiota's best friends and is, by her own admittance, currently in love with him.

Superhuman Physical Characteristics, Skilled on Marksman and Knife Wielder, Skilled Assassin, Professional Actress, Acrobatics, Preparation, Fourth wall awareness, Expert on hiding and stealth, Enhanced Senses, Natural Weaponry, Aura, Photographic Memory (Memorized an entire blueprint of a very large building within 3 minutes), Supernatural Tenacity (An immense amount of tenacity shown to be essential for tentacles to work on somebody, said tenacity also shown to be needed to endure experiments needed for tentacles, tentacles also shown to move according to strenght of your will), Regeneration (Low-Mid for her tentacles), Smoke Manipulation (with capsule smoke screen), Instinctive Reaction (Defensed herself instinctively), Analytical Prediction (Tailored her movements according to Korosensei's patterns), Explosives, Camouflage (Special cloth is capable of camouflage), Damage Reduction (Special cloth hardens in response to impact) Fire Manipulation (Can create flames out of her tentacles), Resistance to Fire Manipulation (Special cloth is fire resistant), Shockwave Generation (Special cloth is shock resistant), Pain Manipulation (Endured pain described as millions of bugs are eating your brain for an entire year without showing any signs of it), Corruption of mind (Tentacles passievly corrupts minds of whoever they're attached to especially if they aren't getting proper maintenance)

All previous with the exception of her tentacles

Stamina: Immense. Endured pain that was stated to be able to turn people mad for a whole year. Injected and used her tentacles without even getting proper maintenance. Run through assassination and self-defense education, took beatings from The Reaper, whilst in all said pain, and did not even show any signs of it. Fought with Korosensei for a good amount of time using her life-force.

Intelligence: Very high level of intelligence, as she was noted for being the first one to pass the Kunugigaoka transfer student exam on her first try. She was able to implant the tentacle cells into herself, and learn to control them in a very short time, and despite not receiving any kind of treatment, her intellect isn't impaired in the slightest by the tentacles.

Weaknesses: Grows reckless or lacking in foresight during combat while focusing on her target. | Can destroy her tentacles with anti-sensei weapons, and tentacles drain her life force rapidly.

Key: With Tentacles | After Tentacles