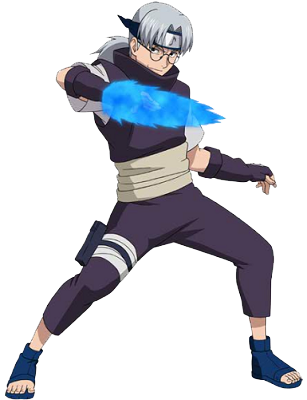 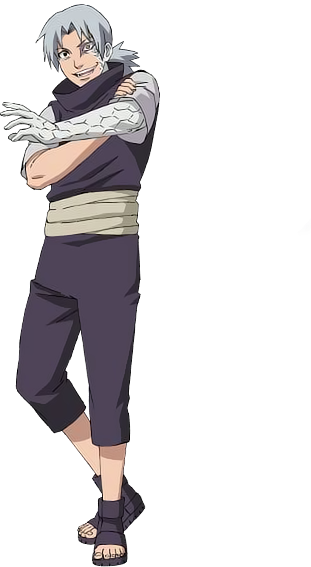 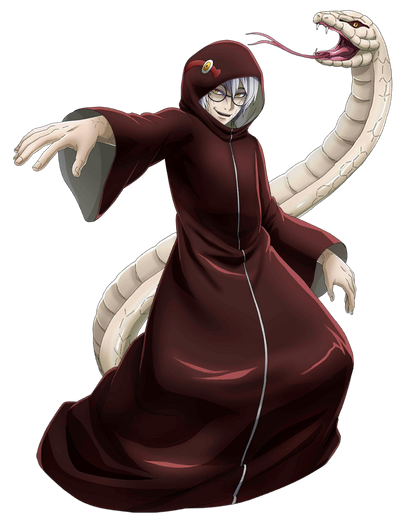 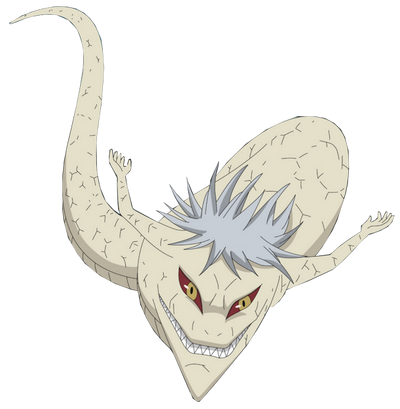 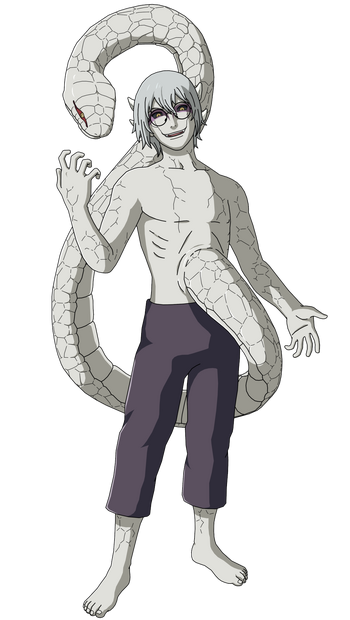 Kabuto Yakushi (薬師カブト, Yakushi Kabuto) grew up as a child orphaned by war. He was taken in by Konohagakure but, in exchange, he was pressured to start spying for the village by Root. The many identities he had to assume left him unsure of who he truly was. This left him susceptible to the influence of Orochimaru, leading him to become his right-hand-man. Years later, after Orochimaru is seemingly killed, Kabuto uses the many talents he has gained under the latter to forge out on his own, but later on, he is finally able to define his place in the world.

All previous abilities enhanced, Barrier Creation, Chakra Absorption, Web Manipulation, Bone Manipulation, Enhanced Senses, Extrasensory Perception, Light Manipulation, Regeneration (Low-Mid), Absorption (Can absorb natural energy from his surroundings), Snake Manipulation (Can create snakes of varying sizes that can restrain targets, possess enhanced senses, can inject venom into his targets, act as extra appendages, among other things), Vibration Manipulation (Can generate a dragon like entity that can cause intense vibrations, capable of inducing paralysing pain in the surrounding targets and hindering their senses), Clone Creation (Can produce clones of others from his body to aid him in battle), Elemental Intangibility (Can liquefy himself or his snakes at will, blocking out sensory capabilities in the process), Life Manipulation (Can breathe life into inanimate and inorganic objects by imbuing them with natural energy), Mind Manipulation (Able to use Tayuya’s Genjutsu), Telepathy (Capable of talking through his Edo Tensei), Resistance to Illusion Creation, Possession (Continuously fighting off Orochimarus attempt to take over his body)

Attack Potency: At least Town level (Was stated to be comparable to Kakashi Hatake. Managed to defeat Tsunade while she was afraid of blood) | Mountain level+ (Kept up with both of Sasuke and Itachi's Complete Susanoos at the same time)

Stamina: Very high (Kabuto has a chakra like a Bijuu)

Intelligence: Genius (Kabuto is an extremely skilled and powerful ninja who can quickly analyze a situation and defeat stronger opponents by exploiting their weaknesses. He is very crafty, can easily manipulate people, very knowledgeable and skillful in the application of medical techniques and can apply a lot of strategies in battle)

Weaknesses: Kabuto can be arrogant and overconfident | He is vulnerable to lightning-based techniques in his water form.