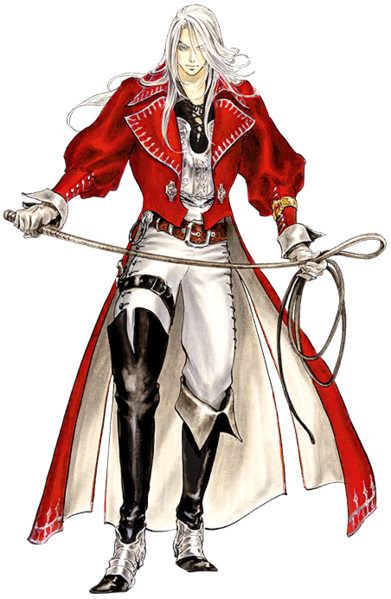 Juste Belmont is the main protagonist of Castlevania: Harmony of Dissonance. He is part of the Belmont Clan and the grandson of Simon Belmont. Juste is considered powerful even amongst his family for his superb magical talent derived from the Belnades Clan.

Speed: Relativistic (Capable of keeping pace and matching Death, as well as other similarly swift characters)

Intelligence: High (Stated to has superb magical talent which makes him can learn and cast powerful magic)