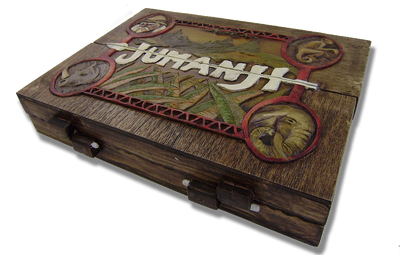 The board game Jumanji is a semi-sentient, supernatural game. Cursed with the magical power to send players into its African jungle-like alternate reality or to send the dangers of said reality into the real world, those who start playing it must finish, or the effects caused by the game will remain in the real world.

Attack Potency: Below Average (Unable to do any harm on its own), Potentially Town level when played (Can cause flash floods, monsoons, and magnitude 6 earthquakes)

Weaknesses: Completely harmless when not being played