Ju-On (呪怨 Juon, lit. "Curse Grudge", also known as The Grudge) is a Japanese horror franchise created by Takashi Shimizu. The franchise began in 1998 with the release of the short films Katasumi and 4444444444. Shimizu attended the Film School of Tokyo, where he studied under Kiyoshi Kurosawa. Kurosawa helped Shimizu shepherd the Ju-On projects to fruition.

The Ju-On films generally revolve around a curse created in a house in Nerima, Tokyo when Takeo Saeki, convinced that his wife Kayako was having an affair with another man, murdered her, their son Toshio and Toshio's pet cat in a jealous rage. According to Ju-On, when a person dies with a deep and powerful rage, a curse is born. The curse gathers in the place where that person has died or where they were frequently at, and repeats itself there. The spirits of the deceased haunt the location, potentially killing anyone who encounters the curse by any means, such as entering a cursed house or being in contact with somebody who was already cursed. The curse's manifestation is mainly death, where the victims' bodies may or may not disappear. The following deaths may create more curses and spread them to other locations.

The franchise consists, to date, of 13 films (9 Japanese productions, 3 American) alongside additional media and merchandise products.

This horror verse while not placed to high in attack potency and durability levels, is still a powerful one, characters like Kayako d Toshio are considered Wall level physically, being capable to break bones, kill humans etc. 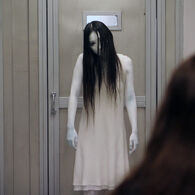 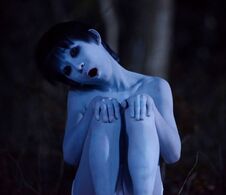 Sadakaya
Add a photo to this gallery
Retrieved from "https://vsbattles.fandom.com/wiki/Ju-On:_The_Grudge?oldid=4820061"
Community content is available under CC-BY-SA unless otherwise noted.