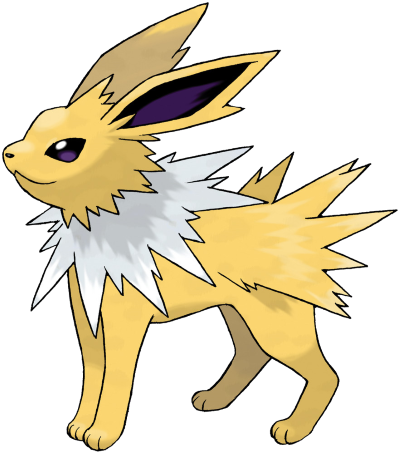 It evolves from Eevee when exposed to a Thunder Stone. It is one of Eevee's final forms. The others are Vaporeon, Flareon, Espeon, Umbreon, Leafeon, Glaceon, and Sylveon.

Gender: Can be Male or Female

Attack Potency: At least Mountain level+ (As seen in Pokémon Yellow, Colosseum, and XD Gale of Darkness, Eeveelutions are Final Form starters and should be comparable to the others)