VS Battles Wiki
Register
Don't have an account?
Sign In
Advertisement
in: Verses, JoJo's Bizarre Adventure, Manga,
and 3 more 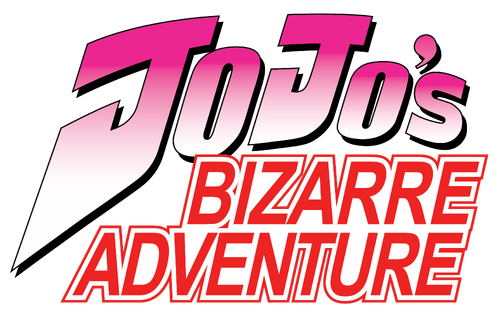 For detailed information about this series, visit JoJo's Bizarre Encyclopedia. 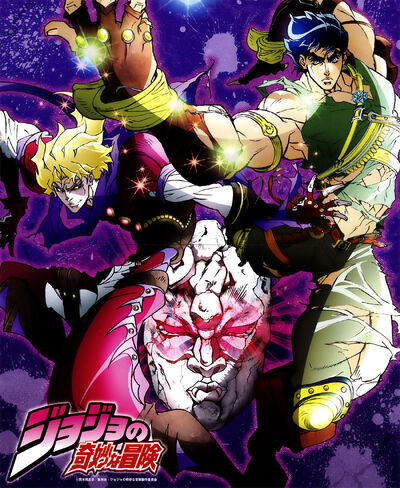 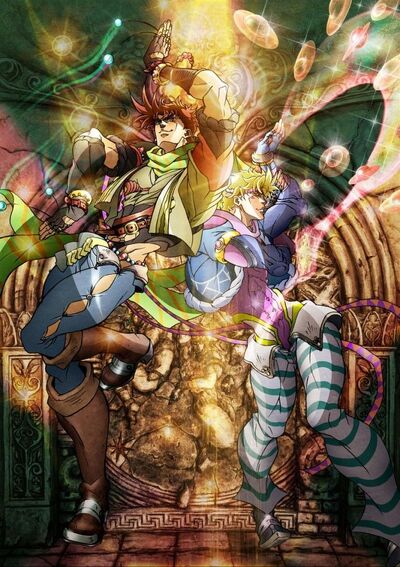 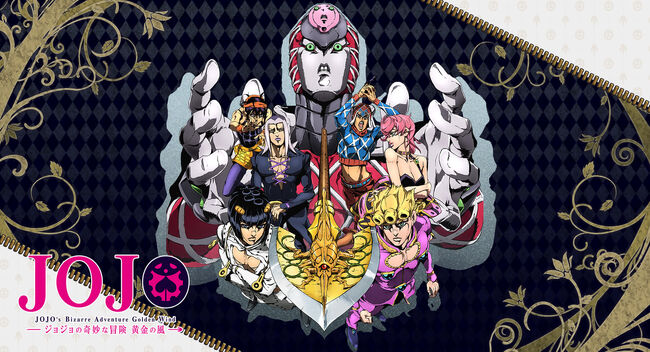 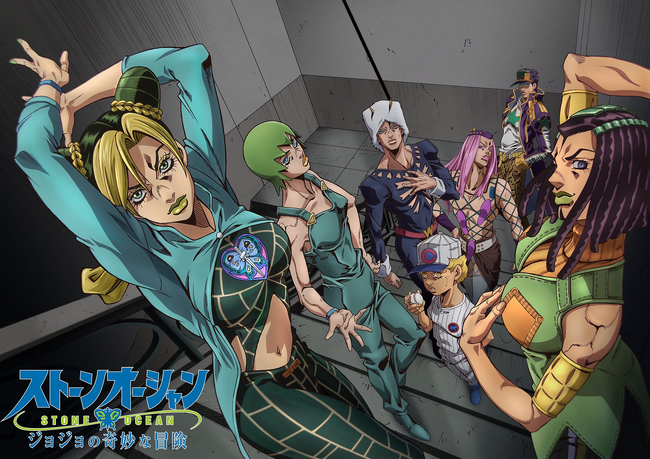 JoJo's Bizarre Adventure is a continuing manga series written and illustrated by Hirohiko Araki. It currently has eight Parts and two different timelines. Within them, various members of the Joestar family (always being capable of being nicknamed JoJo) embark on bizarre journeys in different time periods. In the first six Parts, the main influence of these quests is somehow related to the malevolent Dio Brando. In the seventh and eighth Parts, it is caused and driven by a mysterious Holy Corpse.

The story follows Jonathan Joestar as he matures with and eventually combats his adoptive brother, the cunning and merciless Dio Brando.

As part of his scheme, Dio torments Jonathan in ways such as "mistaking" his dog for attacking him and proceeding to knee him in the jaw, violently beating him in a boxing match, and turning his friends against him, all while presenting himself before Jonathan's father as a better gentleman and student than his adoptive brother. When Jonathan finds solace in a relationship with his girlfriend Erina Pendleton, Dio steals her first kiss.

Dio eventually becomes a vampire, leading to Jonathan fighting him for humanity's sake.

Taking place in 1938-39, the story follows the misadventures of Joseph Joestar, grandson of Jonathan, as he masters his innate Hamon abilities in order to combat hostile, ancient super-beings named the Pillar Men, creators of the Stone Mask that plot to become the ultimate lifeforms.

Along the way, Joseph trains with other warriors of the Ripple.

From 1988 to 1989, the story follows Jotaro Kujo and his friends as they journey from Tokyo to Cairo, Egypt, to save the life of his mother, Holy Kujo, by defeating his family's resurrected archenemy, DIO.

Jotaro travels with his grandfather, Joseph Joestar, as well as Muhammad Avdol, Noriaki Kakyoin, Jean Pierre Polnareff, and Iggy. The group fights several of DIO's minions and Stand users along the way.

In 1999, an older Jotaro Kujo travels to coastal Morioh, Japan, in order to meet high school freshman Josuke Higashikata who is the illegitimate child of Joseph Joestar.

Meanwhile, the Arrow, manifesting latent Stand abilities, travels throughout Morioh; as Josuke and his friends seek out the culprits of a series of homicides.

Set in 2001 Italy, the story follows Giorno Giovanna and his dream to rise within the Neapolitan mafia and defeat the boss of Passione, the most powerful and influential gang, in order to become a "Gang-Star". With the aid of a capo and his men, and fueled by his own resolve, Giorno sets out to fulfill his goal of absolving the mafia of its corruption.

In 2011, Florida; Jolyne Cujoh, daughter of Jotaro, is wrongfully accused of a crime she didn't commit and sent to a maximum security prison. While imprisoned, she struggles within a longstanding plot agreed between dead villain DIO and ideologue Enrico Pucci.

Set in the United States in 1890, the story follows Johnny Joestar, a paraplegic ex-jockey, and Gyro Zeppeli, master in a mystic art named the Spin, as they compete with a vast number of others in the Steel Ball Run race: a mad-dash across America for a grand prize of 50 million dollars.

Steel Ball Run describes a new continuity apart from that detailed in Part 1-6 of the series. On top of core features to JoJo such as Stands, the story is marked by many references to the original series.

The story begins in 2011 and follows Josuke Higashikata, a young man afflicted by retrograde amnesia, in his search to uncover his identity in Morioh Town, a coastal Japanese town affected by the Tohoku earthquake. However, his digging pulls him and his adoptive family into the unfinished business between his previous life and an impending inhuman threat.