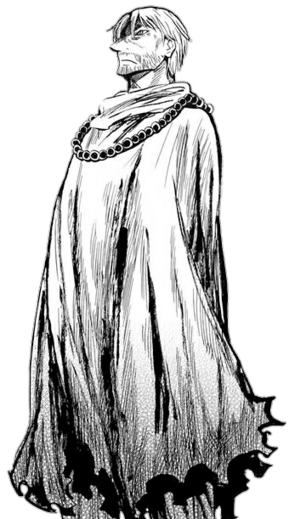 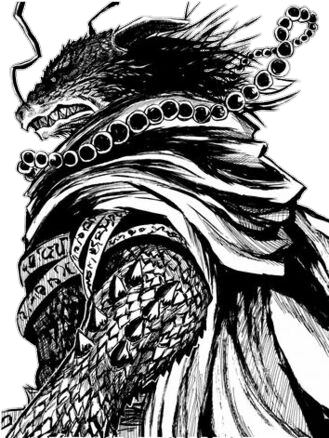 Jinun (Real name Kumozou) is the leader of the four beast generals of the Dangaishu. He is a rival and childhood friend of Douren, and also the father of Senya. He hates demons since he had his village attacked and his wife brutally murdered. Jinun is extremely faithful to his concept of justice and was one of the main antagonists in part 1 and part 2 of the series.

Classification: Human, Leader of the Four Beast Generals of Dangaishuu

Powers and Abilities: Superhuman Physical Characteristics, Master Martial Artist, Acrobatics, Chi Aura, Extrasensory Perception, Enhanced Senses, Longevity, Regeneration (Low-Mid, over time), Transformation (Into a half-dragon form), Large Size (Type 0, when transformed), Natural Weaponry, Power Nullification (Break a spell with a scream), Energy Manipulation, Attack Reflection (Can change the direction of energy attacks using his own spiritual energy), Forcefield Creation (Able to create barriers that can deflect energy attacks), Statistics Amplification (Can increase the power of his attacks by focusing energy on parts of his body), Magic with Talismans (Can use magic talismans to deflect electricity based attacks), Non-Physical Interaction (Able to see and interact with ghosts), Resistance to Mind Control and Madness Manipulation (Could make his own decisions even under the effect of Tribe of Void's mind control)

Speed: Speed of Light (Should be comparable to Douren. Easily surpassed Adult Senya in their fight) | FTL (Outspeeded Mountain God and casually blitzed her)

Stamina: Very High (Able to fight and travel for hours in search of his enemies. He is one of the strongests mnks of Dangaishu, being comparable to Douren physically. As a Dragon his stamina should be superior to standards demons and humans)

Range: Extended melee range by his size. Hundreds of meters with energy projection.

Intelligence: Very High (Jinun is a mature man, wise and strict. Can master various styles of martial arts, so much so that it impressed even the Mountain God with her physical and magical abilities)

Martial Arts: Jinun is a master in martial arts. Trained in various different styles with mastery, even when he was a child, being comparable to Douren. But different to his rival, Jinun is more skilled with powerful kicks and leg fights.

Spiritual Energy Attacks: A series of energy attacks in which Jinun applies his spiritual power in combination with his martial arts and dragon form. 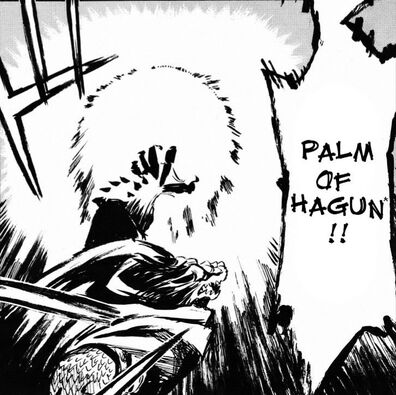 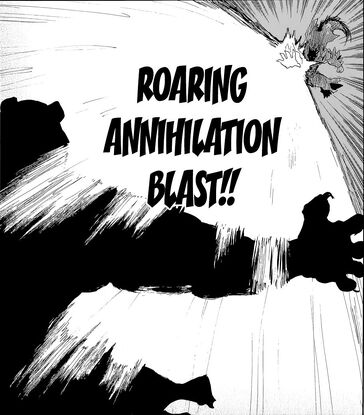 Retrieved from "https://vsbattles.fandom.com/wiki/Jinun?oldid=6075179"
Community content is available under CC-BY-SA unless otherwise noted.