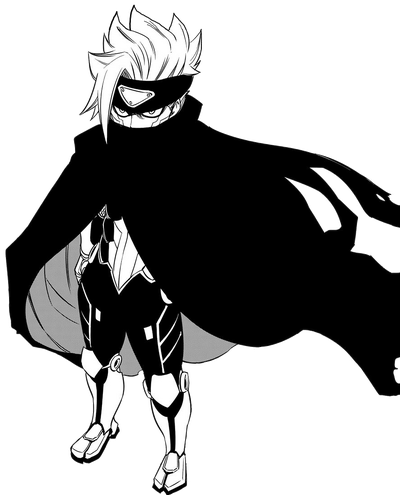 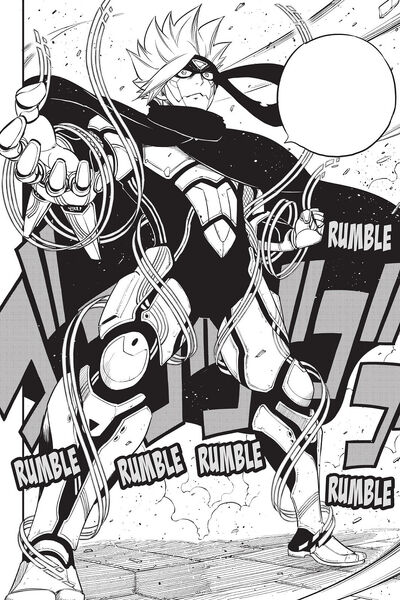 Jinn (ジン Jin) is a cyborg ninja and mercenary from the disbanded team Rogue Out, having been originally tasked with abducting B-Cubers on Planet Blue Garden. Due to these actions, he was the secondary antagonist of the Guilst arc.

Tier: 8-A, higher with Overdrive

Speed: Supersonic (He moved this fast casually. Comparable to Shiki), Hypersonic with Overdrive (Increased his speed by 320%)

Striking Strength: Multi-City Block Class (Knocked Shiki back with his Rocket Punch), higher with Overdrive (Increased his power by 320%)

Durability: Multi-City Block level (Tanked a bunch of hits from Shiki), higher with Overdrive (Increased his durability by 320%)

Intelligence: At least above average (He is a skilled Assassin)

Wind Ether Gear: By using Ether Gear, Jinn can control and manipulate wind. He can move swiftly and incapacitate multiple enemies, stop his fall by floating on air and vanish like the wind. 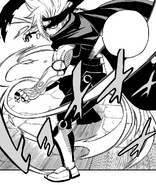 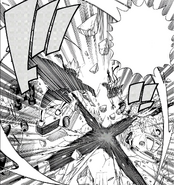 Ether Tornadoes
Add a photo to this gallery

Master Ninjutsu Specialist: Jinn is a fighter specialized in ninjutsu. When combined with his Ether Gear, he utilizes wind through long range attacks such as flying slash attacks.

Cybernetic Enhancements: As a cyborg, Jinn's body is modified in order to help him in combat. 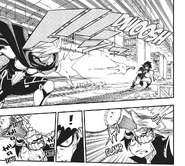 Rocket Punch
Add a photo to this gallery

Retrieved from "https://vsbattles.fandom.com/wiki/Jinn_(Edens_Zero)?oldid=6099109"
Community content is available under CC-BY-SA unless otherwise noted.