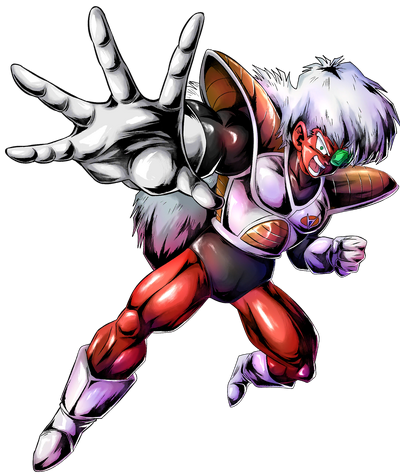 Jeice (ジース) is a member of the mercenary Ginyu Force squadron. Being a red-skinned alien humanoid in appearance, Captain Ginyu best describes him as an extremely flamboyant and showy white-haired mutant. Nicknamed the "Red Magma", he often pairs with Burter for combination attacks, such as the Purple Comet Attack.

Powers and Abilities: Superhuman Physical Characteristics, Acrobatics, Skilled in Martial Arts, Flight, Ki Manipulation (Can be used defensively and offensively, to strengthen his skin or to fire ki blasts, which can home in on targets and form defensive barriers), Information Analysis and Ki Sensing via scouter, Resistance to Extreme Cold and Cosmic Radiation

Attack Potency: Planet level (Comparable to Recoome, who dominated Second Zenkai Vegeta in battle and beat him up)

Weaknesses: Needs to team up with Burter to fight at the best of his ability.