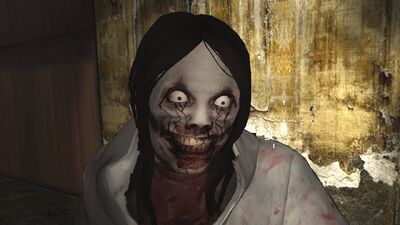 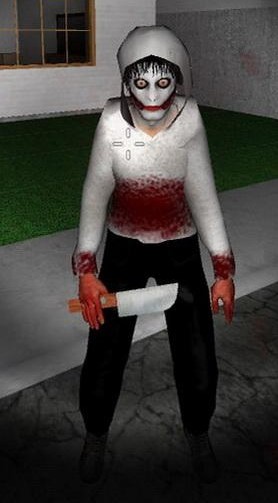 Based on the popular/infamous Creepypasta turned Crappypasta, the "Let's Kill Jeff the Killer" game series follows various different protagonists and their encounters with titular antagonist Jeff the Killer.

Attack Potency: Wall level (Can kill/harm though who can damage him with physical attacks)

Durability: Wall level (Can survive attacks from brass knuckles, a fire axe, machine gun and pistol fire, shotgun blasts, and grenade explosions without having to resurrect)

Note: Not to be confused with his novel incarnation.

The Rake (Creepypasta: The Comic) The Rake's Profile

Start a Discussion Discussions about Jeff the Killer (LKJTK Series)