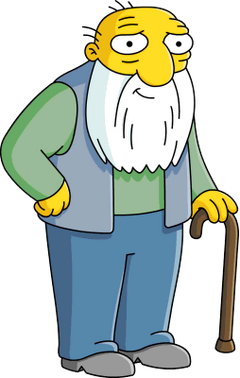 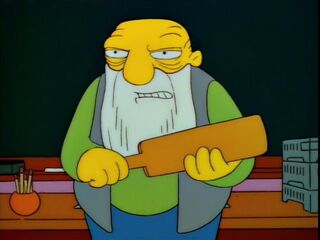 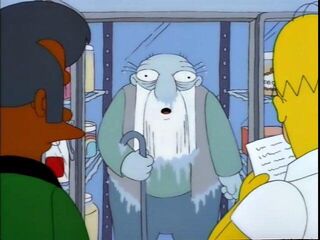 He is a senior citizen in Springfield and Abe Simpson's best friend. Like Hans Moleman, he suffers many accidents and injuries.

Powers and Abilities: Superhuman Physical Characteristics, Weapon Mastery (Served in the military. Can fight with a cane like a sword), Hammerspace (As seen here), Flight as Early Bird, Resistance to fire (Was able to survive this and was ok by the next scene)

Speed: Below Average in movement (He is an old man who walks around with a cane), Supersonic in combat

Stamina: Likely low (Due to his age)

Intelligence: Average (Although, he can be a bit senile.)

Weaknesses: He has many health problems due to his age.