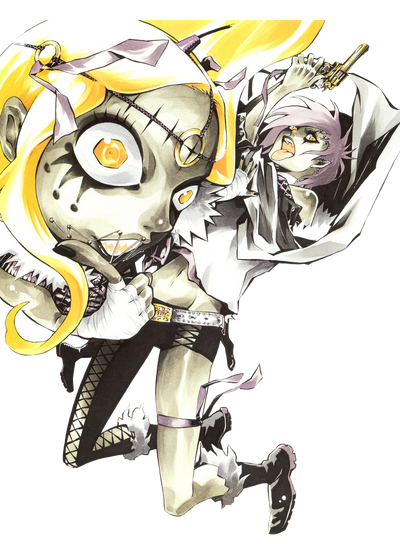 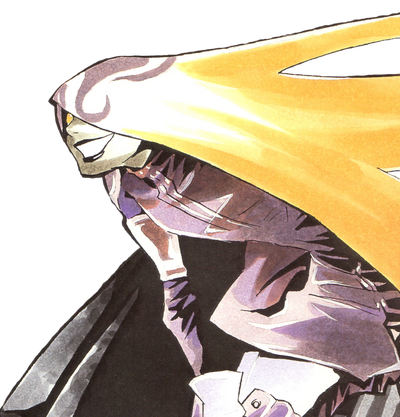 Jasdevi is a member of the Noah Family, and represents the "Bonds" of Noah. He is the combined version of the twins, the eleventh disciple Jasdero and the tenth disciple Devit , and is seen as the two up until his fight with Arystar Krory. His Noah name is Bondom.

Attack Potency: Town level (Can damage Noah's Arc Allen Walker) | At least Town level (Much stronger than his separated form, casually one-shotted Arystar, who was comparable to Allen, before he powered up. Was easily overpowering Allen, Lavi and Krory all at once)

Durability: Town level | At least Town level (Was taking hits from Allen Walker, Lavi and Arystar's innocence and was not even fazed by their attacks until Krory powered up. Shouldn't be lower than a level 4 Akuma).

Stamina: Very high. He fought three exorcists on his level all at once, and after that engaged in a prolonged battle against Krory, keeping up with him despite the later growing stronger as the fight continued.

Standard Equipment: A pair of golden revolvers - they can work as a medium for the twins synchronized imagination and can be loaded with elemental attacks. | None notable

Intelligence: Expert hand to hand combatant. Can come up with good strategies and uses for his powers mid-battle. Otherwise, average.