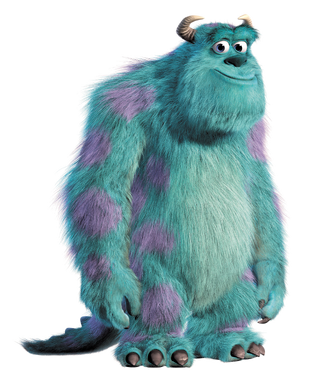 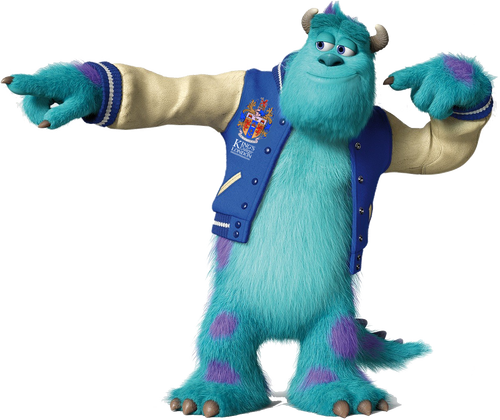 James P. Sullivan (Usually referred to as Sulley) is one of the main characters in the Monsters, Inc. franchise. Despite his clumsy performance as a scarer in school, Sulley later rose to success when working at Monsters, Inc, soon becoming one the best scarers on site and even was deemed worthy a capable manager of Monsters, Inc. by dozens of others after Mr. Waternoose got arrested.

Name: James P. Sullivan (Usually referred to as Sulley for a nickname)

Powers and Abilities: Superhuman Physical Characteristics, Fear Manipulation (Can easily intimidate human adults or even other monsters) Enhanced Senses (Can see well in the dark), Natural Weaponry, 4th Wall Awareness (Demonstrated here), Vibration Manipulation (Once gave off a roar so massive that it shook a total of two scaring simulators), Some degree of Martial Arts (Fought off Randall and should be comparable to him) & Weapon Proficiency, Resistance to Cold Temperatures/Snow (Was stranded in the the himalayas for numerous hours and returned to the monster world with no severe after effects), and Stealth Mastery (Infiltrated into the factory of Monsters, Inc without being caught, albeit only under a few minutes. As a professionally trained scarer, Sulley should have an extensive amount of experience involving stealth)

Attack Potency: At least Wall level (Is strong enough to rip off a giant mechanical door. Can rip pipes off the walls and bend them with ease. Can twist a giant machine off its hinges)

Speed: Likely Superhuman (Outran numerous security guards and police officers, who are likely all at around peak human level. Kept up with a bus)

Lifting Strength: Superhuman (While running he can back carry a total of 5 monsters without any difficulty. Easily held and threw a giant machine. Can push various pieces of furniture all at once)

Stamina: High. While working out, Sulley shows no signs of fatigue, and can run far distances without getting tired

Intelligence: Above Average. Altough he usually slacked around in school and his grade performance wasn't that great, Sulley makes it up by being a tactical scarer, learning the ways of stealth, and has adequate workout techniques. He is as well a decent combatant.