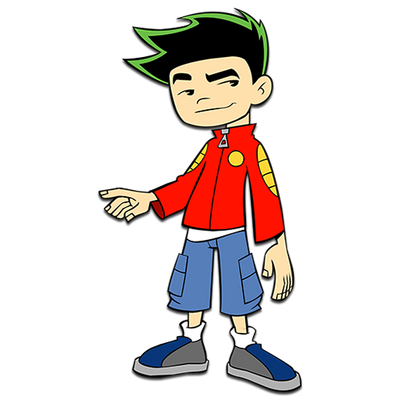 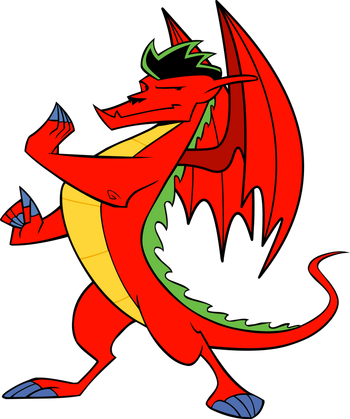 Jacob "Jake" Luke Long is a young Dragon who appears as a half-Chinese American teen who lives in New York City and serves as its Magical Protector.

Jake lives with his parents, Jonathan and Susan, and his younger sister, Haley Long in New York City. A descendant of a family of magical dragons, his two best friends are the feisty Trixie Carter and seemingly dim-witted Arthur "Spud" Spudinski. Before his thirteenth birthday, Jake started getting glimpses of his dragon heritage. On his thirteenth birthday, his magical abilities fully emerged and he was set to protect an underground magical community existing within his city and throughout the world.

Speed: Subsonic (Flew at these speeds around a small island. Stated that he can fly at 179 mph. Was able to make a round trip from New York City to Greenland and back in a single night)

Striking Strength: Small Building Class+ (Has traded blows with monsters on his level)

Durability: Small Building level+ (Took hits from monsters on his level, survived being stepped on by giants the size of small buildings)

Stamina: High (Was still able to fight against the Jersey Devil on equal footing even though he was sleep deprived)

Intelligence: Above Average (While reckless and overconfident at times, Jake has proven to be skilled in combat and using his environment to his advantage. He is able to fight the Huntsmen and Huntsgirl who are both trained to huntdown and fight various magical creatures which include dragons)

Weaknesses: Sphinx hair and a strike to the back of the ear, Overconfident

Note: Dragons are stated to have the natural ability to shape shift into other beings however some need a potion to tap into that power.