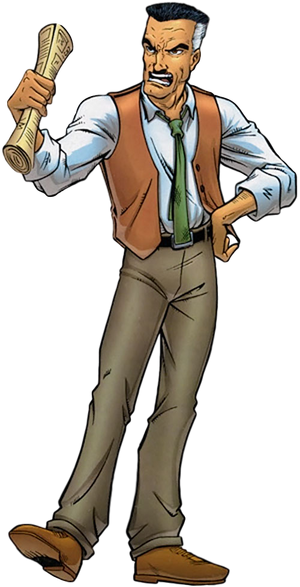 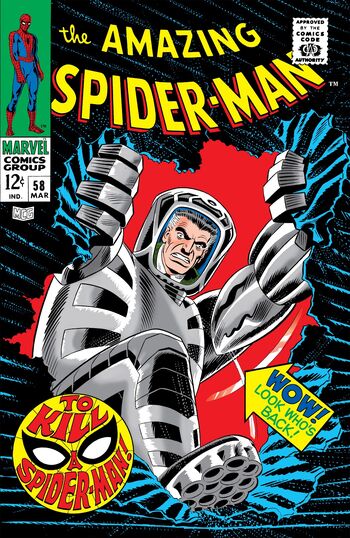 J. Jonah Jameson is the bossy and irascible editor-in-chief of the Daily Bugle. His dislike of superhumans, most particularly the Spider-Man (which stems from a combination of envy, distrust and his son's accomplishments being overshadowed) leads him to tirelessly defame and vilify him at every opportunity with his newspaper, to the point where he has sometimes worked with supervillains to try and take him down.

Despite this, he is not beyond co-operating with Spider-Man when it suits the greater good, and has campaigned against criminals himself before even at the risk of his own life.

Attack Potency: Athlete level (Is a U.S. Army veteran, beat up 3 athletes as a teenager) | Large Building level (Has battled Spider-Man and given him trouble, helped Spider-Man against the Red Goblin)

Stamina: Average | Very high due to being a machine

Intelligence: Above average, was once able to run New York City as mayor. Has training in boxing and Tai Chi.

Weaknesses: Normal human weaknesses, short-tempered, stubborn, arrogant | Older models could have their web-shooters clogged or shut down from their sensors overloading by tracking too many targets at once, no longer issues as of Mark V.