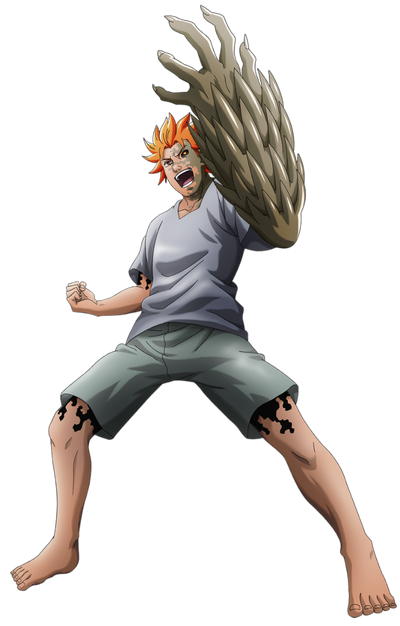 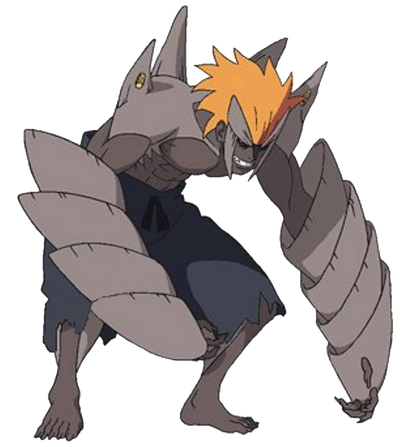 Jūgo (重吾, Jūgo) is a shinobi from an unnamed clan, who was being held at Orochimaru's Northern Hideout. He was said to have gone to Orochimaru of his own free will, hoping that Orochimaru would cure him of his rages. He was later recruited as a member of Sasuke Uchiha's group Taka, which was initially called "Hebi" at the time of its creation

Attack Potency: Unknown | Town level (He should at least be comparable to Suigetsu, able to clash with Suigetsu, managed to fight off Killer B alongside Sasuke and Suigetsu, He also can create this amount of energy) | Town level (Stronger than before)

Range: Standard melee range, up to several dozen meters with the Energy beam

Intelligence: Jugo is intelligent, calm and thoughtful, but he is unable to control himself in the Curse Mark form, becoming chaotic and lusting for murder

Weaknesses: Unable to control himself in the Curse Mark form 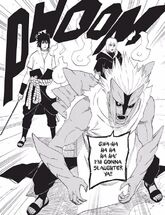