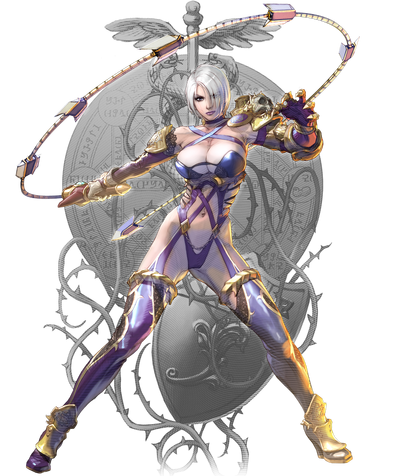 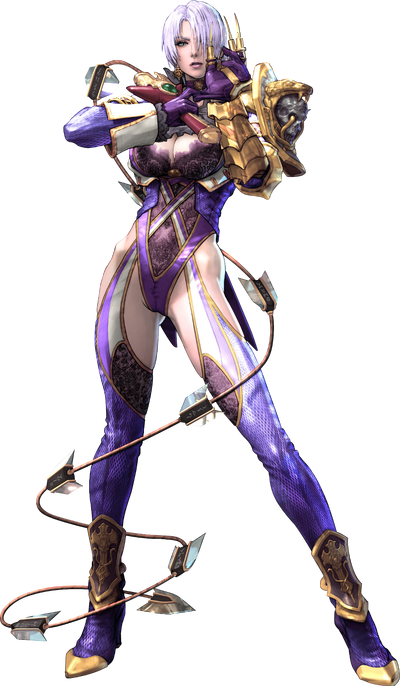 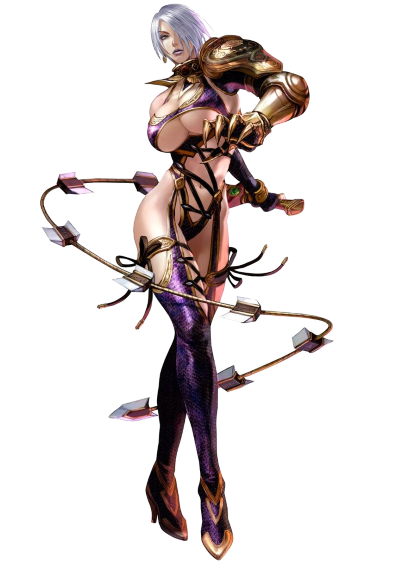 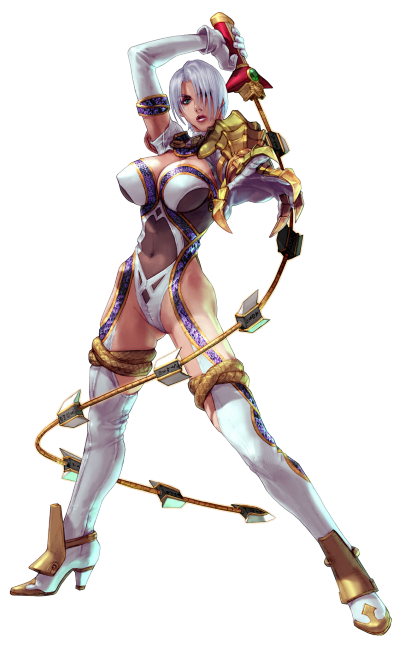 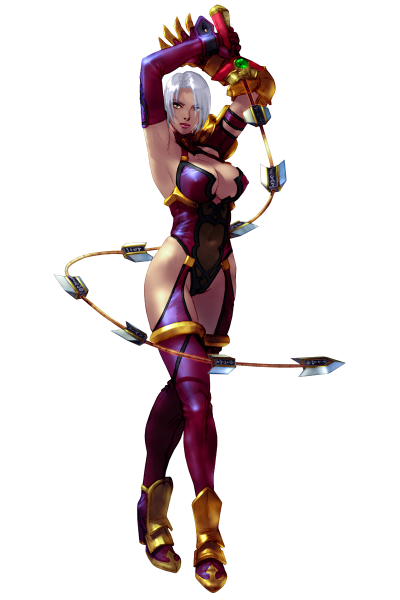 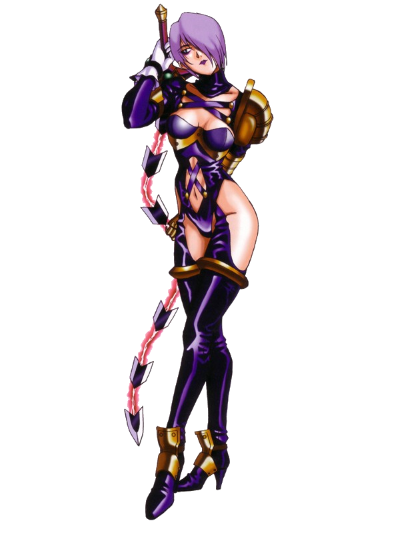 Isabella "Ivy" Valentine is a character in the Soul series of fighting games and a staple character of the franchise. Ivy is the daughter of Cervantes de Leon and is of cursed blood due to Cervantes having been possessed by Soul Edge when she was conceived. Her goal is to find a way to erase Soul Edge from existence, even if it means her dying because of her connection to the blade. Her Whip Blade Valentine is a living sword that was granted life by Nightmare's hand.

Powers and Abilities: Superhuman Physical Characteristics, Telekinesis, Energy Manipulation, Fire Manipulation, Alchemy, Immortality (Type 1), Soul Manipulation (Can steal souls. Was able to take not only her lost soul but all the countless souls Cervantes had stolen all at once. Can create artificial souls that she can then implant into her body), Clairvoyance, Limited Illusion Creation with Mirage Blade (Appears as an illusion), Heals herself with each successful strike with Wiseman Mace, Limited Durability Negation with Dream Blade, Limited Durability Negation and heals herself each time she damages her opponent with Alraune, Heals herself when she damages an opponent with Black Widow, Passive Attack Amplification with Kogarashi, Passive Attack Amplification and Regeneration (Low) with Kaleidoscope, Resistance to Mind Manipulation (Despite having her blood cursed by Soul Edge, Ivy can resist having her mind corrupted by it) and a slight Resistance to Soul Manipulation (Was able to resist getting the last bit of her soul taken and can survive and fight with most of her soul being taken) | All Original Timeline abilities minus weapon abilities, Statistics Amplification with Soul Charge.

Speed: Superhuman with Supersonic+ reactions and combat speed (Kicked away a bullet from Cervantes at point blank range) | Unknown

Stamina: Very high (Despite having most of her soul taken by Cervantes during their fight, she still was able to continue fighting him)

Intelligence: Ivy is a highly skilled fighter who can combat many over the series' most skilled fighters with relative ease. He blade Valentine is a living weapon and thus can move on its own and will do so to protect Ivy. The same goes for Viper Edge as well.

Weaknesses: Kaleidoscope damages her each time she attacks or blocks.

Note: Many of Ivy's abilities come from the various weapons she can equip. As such, in battle the creator should specify what weapon(s) she is allowed to have.