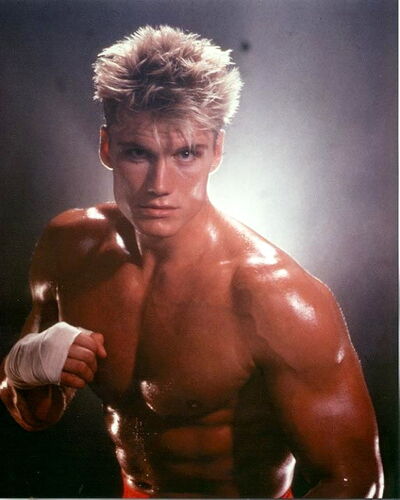 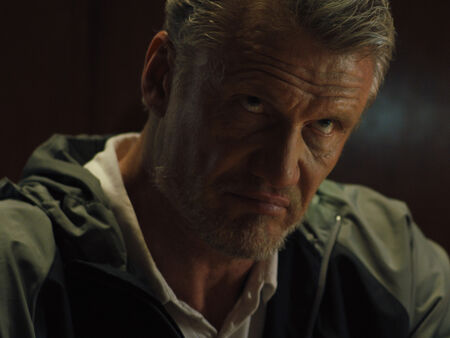 Ivan Drago (born November 3rd, 1961) is a Russian boxer, Olympian, an Infantry Captain for the Soviet Army, and was the main antagonist in Rocky IV.

Drago was an amateur boxer and Olympic gold medallist from the Soviet Union, armed with a punch over 2,000 psi. As seen in the events from Rocky Legends, Drago was first scouted by Nicolai Koloff in Russia, Koloff was tasked with finding a fighter that could be built and sent to the United States in order to become champion. At the time, the Soviet Union and the United States were at war with each other and the Soviet Union wanted to prove their superiority. Drago would fight one of America's greatest fighters Apollo Creed in an exhibition match, destroying him with ease and knocking him out in the second round, resulting in the death of Creed. Creed's close friend Rocky Balboa took it upon himself to avenge Creed and agreed to a fight against Drago in Russia, Drago lost the fight, making it his first and only loss ever.

The Soviet Union was extremely arrogant in Drago's abilities, however, Drago never bragged about it. His wife, Ludmilla Drago, spoke for him at press conferences, with Drago simply staring at the press without saying anything. He was given several nicknames, such as the Siberian Bull, the Siberian Express, and even Death from Above, referring to Drago's height and Apollo's death at the hands of Drago.

After the fall of the Soviet Union, he had a son, Viktor Drago who succeeded him in his boxing career.

Attack Potency: Wall level (Can punch with a pressure of 2045 psi, or about 14.1 MPa. Later surpassed this by punching with a force of 2150 psi, or 14.8 MPa. Sent Rocky flying 15 feet across the ring with a single punch)

Speed: Peak Human (A boxer like him can easily run in excess of 10 m/s) with Superhuman attack speed (Boxers can generate punch speeds exceeding 15 m/s)

Striking Strength: Wall Class (He can punch with a pressure of 2150 psi, which is more than enough to crack concrete, and over 4 times the force required to crush skulls)

Stamina: Superhuman (He fought for around 12 rounds and he was still standing till he got knocked out)