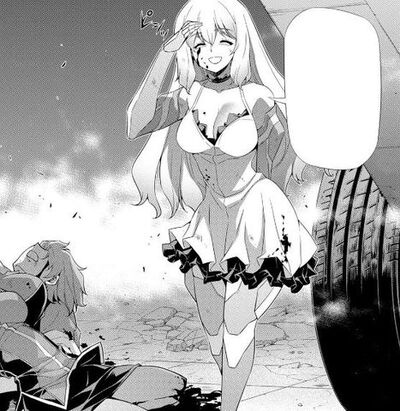 Isuzu Sawatari is a former West Genetics Pandora and member of the Chevalier. In order to further her rivalry with the strongest Chevalier Pandora, Su-Na Lee, Isuzu has joined the Busters in Operation Cat Killer.

Retrieved from "https://vsbattles.fandom.com/wiki/Isuzu_Sawatari?oldid=6246778"
Community content is available under CC-BY-SA unless otherwise noted.