VS Battles Wiki
Register
Don't have an account?
Sign In
in: Characters, Energy Users, Fire Users,
and 37 more 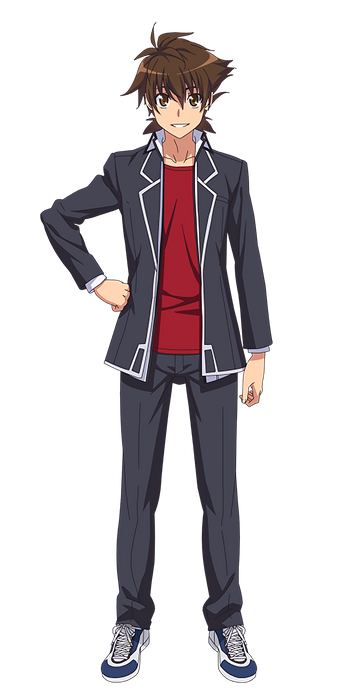 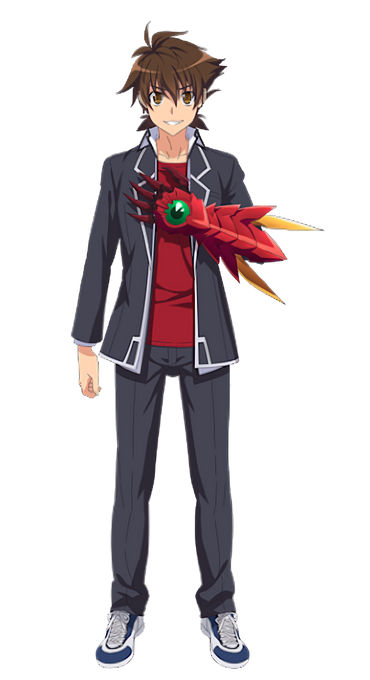 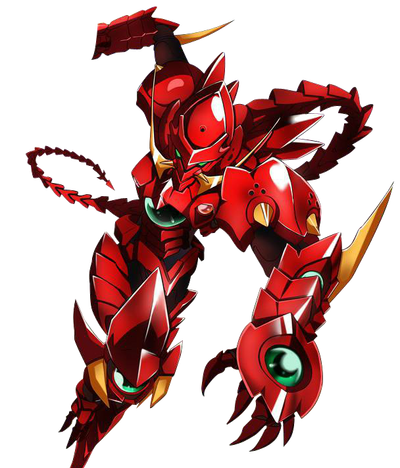 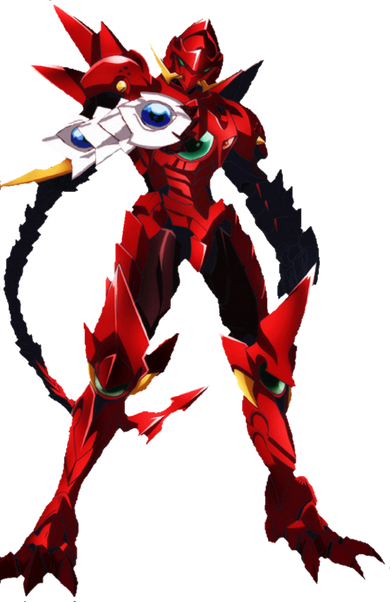 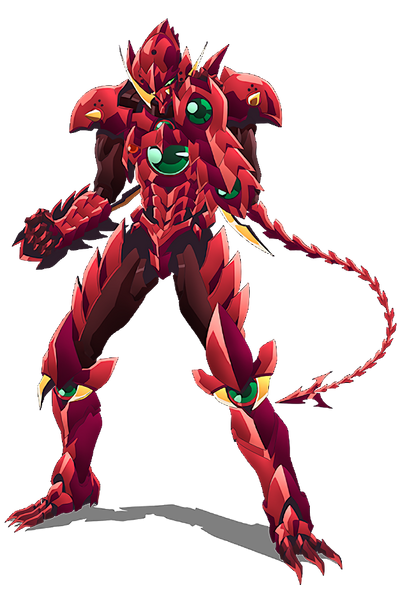 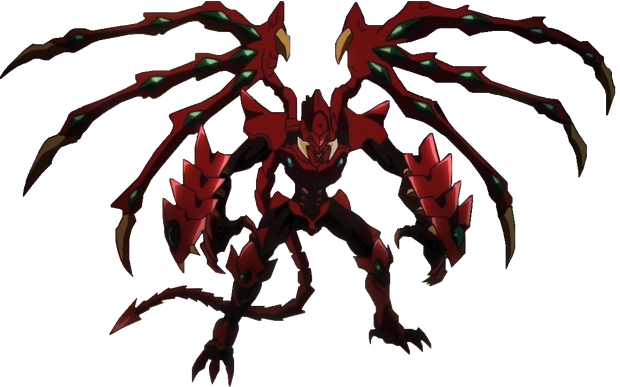 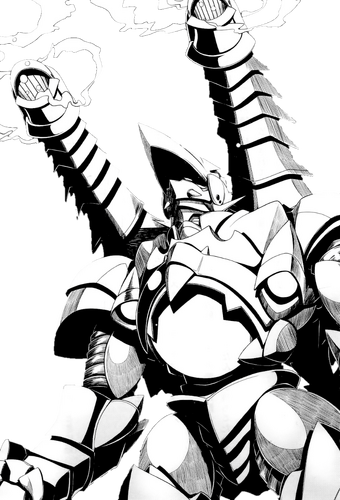 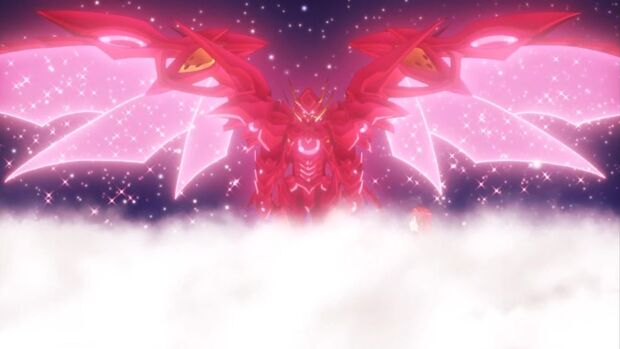 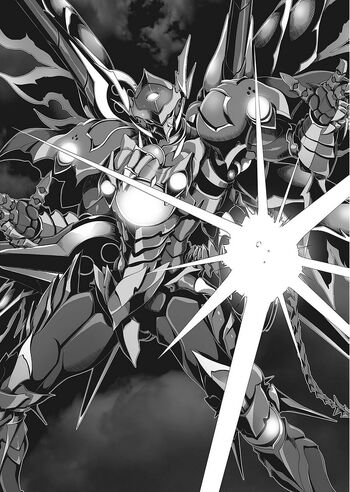 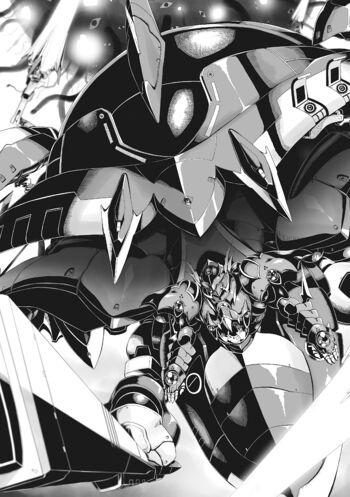 Issei Hyoudou is the primary protagonist of the series High School DxD. An extremely lecherous individual, he is known as one of the most perverted individuals in Kuoh Academy alongside his best buddies, Matsuda and Motohama. He was asked out on a date by the Fallen Angel Raynare, who disguised herself as a normal human, only to be mercilessly killed at the climax of their date, due to his possession of a Sacred Gear, later revealed to be one of the eighteen Longinus, Sacred Gears that hold enough power to kill Gods when fully mastered. However, in his last moments, he subconsciously called out to Rias Gremory, inadvertently summoning her with the aid of a leaflet he received earlier, becoming reincarnated as a Devil under the servitude of the House of Gremory. At first incompetent and utterly unable to perform the most basic and rudimentary abilities of Devils, as well as being regarded as the weakest Boosted Gear wielder in history, he strives to become as strong as he can be to achieve his goal of becoming a Harem King and protect his loved ones.

Superhuman Physical Characteristics, Aura, Flight, Longevity, Summoning, Breath Attack, Transformation, Teleportation, Energy Projection, Enhanced Senses, Forcefield Creation, Fire Manipulation, Speed Amplification, Extrasensory Perception, Holy Manipulation and Purification (Type 2 [1]), with Ascalon, Resurrection of others through Evil Pieces, Telepathy (Can read the thoughts of females by listening to their breasts [2]), Power Bestowal (Can transfer his power to other objects and people [3]), Cloth Manipulation (Can instantly destroy a female's clothes and "strip" techniques used on them [4]), Statistics Amplification (Can continuously double his power with the Boosted Gear [5]), Non-Physical Interaction (Characters in the series can interact with spirits which are stated to lack physical form [6]), Limited Durability Negation and Limited Resistance Negation (Can bypass defensive abilities [7]

[8] and inflict damage to the core of opponents [9]. It can also get through Gressil's Resistance ability [10]), Resistance to Mind Control [11], Fire and Heat[12], Magic (In a partially transformed state; dragon scales have resistance to magical attacks [13]), Biological Manipulation (Azazel's gender swap ray gun was ineffective on him [14]), Memory Manipulation (Retained his memories of Raynare after she wiped the memories of everyone who knew about herself in human disguise), Time Stop (Forbidden Balor View was ineffective on him because of Ddraig [15]), Spatial Manipulation (He was going to survive the collapse of Georg's dimension [16]), Life Manipulation (Grim Reapers can reduce the lifespan of people they hit with their scythes [17] but Thanatos' scythe didn't do such to him), and Soul Manipulation (His soul harbours Ophis' power of infinity, making it unable to be damaged or even touched as a result of her influence [18] [19])

All previous abilities enhanced, Attack Reflection, Absorption (Can absorb energy from the breasts of females to power his attacks), Regeneration (Can repair his armor if it suffers extensive damage and reform it in the event that it completely disappears), Statistics Reduction (Can continuously halve the power of his opponents and add it to his own [20]. Can halve the power of attacks until they are significantly weakened or eliminated entirely [21]) can create dragon claws from his wings, Resistance to Death Manipulation (Can survive in the Dimensional Gap [22], a world of void which kills whatever is inside of it by exposing them to nothingness [23])

All previous abilities enhanced, can generate blades from the gems in his armor

All previous abilities enhanced, can manifest Ddraig to fight alongside him, Resistance to Dragon Slaying (His armour sustained only minor damage from Gram, the most powerful dragon slaying weapon [26])

All previous abilities, Resistance to Power Nullification (Rizevim and Apophis couldn't nullify his abilities as a result of him possessing Ophis' power of infinity [27] [28]), and Poison Manipulation (He possesses the power and physiology of Ophis and Great Red, both of whom are immune to Reduce [29])

Attack Potency: Wall level physically (Punched Raynare through a wall and out of a church building [30]). City level with Dragon Shot (Powerful enough to destroy a mountain while being stated to be on par with a High-class devil) and in later volumes (Stated to possess the power of a High-class devil [31]) | City level (His Balance Breaker takes him beyond the limit of his power, making him stronger than before [32]; fought on par with Riser Phenex) | Mountain level (Easily destroyed an entire mountain in the Gremory territory - which are described to be large [33] [34] - making it completely disappear [35]) | Mountain level (Significantly more powerful than before; obliterated a complete and sturdier replication of Kyoto [36]) | Island level (Juggernaut Drive users can destroy mountains and islands [37] and are stated to be capable of fighting against Satans and Gods [38], making him comparable to Maou-class individuals like Grayfia Lucifuge) | Mountain level (Stronger than his Illegal Move Triaina; can match Balance Breaker Sairaorg who could easily destroy his Welsh Dragonic Rook, which is five or six times thicker than his normal armour [39]), Island level in later volumes (Comparable to Maou-class individuals such as Grayfia) | Small Country level+ (It was stated that he could give Crom Cruach a good fight if it weren't for his time limit and was stated to be comparable to Diabolos Dragon Lucifer Vali in some aspects [40]. Annihilated the majority of a mountainous terrain filled with mountains, valleys, rivers and trees with an Infinity Blaster bombardment, turning more than half of a Rating Game field into a barren wasteland) | Small Country level+ (Stronger than his previous state) | Country level (Even when suppressing his power, his firepower is equivalent to multiple Infinity Blasters combined [41] and he could easily defeat an opponent that would be difficult for his Pseudo Dragon Deification to handle), possibly Planet level (Stated to be capable of destroying the planet several times, and is suggested to potentially be capable of doing so with a single attack at full power [42])

Speed: Unknown. Massively Hypersonic in later volumes | At least Massively Hypersonic (Faster than his unarmoured state) with Sub-Relativistic reactions (Comparable to Riser Phenex) | At least Sub-Relativistic (Blitzed Diodora Astaroth [43]), FTL in later volumes (Dodged a surprise attack from Barakiel, who is superior to Balance Breaker Vali) | At least Sub-Relativistic (Despite warning her prior, he blitzed Kuisha - who should at least be comparable to Crocell - and nearly killed her before she could react [44]), FTL in later volumes (Faster than his Balance Breaker state) | FTL (Blitzed Shalba Beelzebub and tore his flesh before he could react) | FTL (He was stated to be faster than Balance Breaker Vali [45]), higher with Star Sonic Booster | FTL (Far superior to his previous state) | FTL (Faster than his previous state; blitzed Rizevim Livan Lucifer) | FTL (Managed to evade some attacks from Tartarus)

Striking Strength: Wall Class (Punched Raynare through a wall). City Class in later volumes (Deflected a casual attack from Sonneillon) | City Class (Broke through a casual Balance Breaker Vali's shield of light) | Mountain Class (Can physically deflect his own Dragon Shots) | Mountain Class (Far stronger than his Balance Breaker state; overpowered base Sairaorg who was on par with his Balance Breaker) | Island Class (Easily deflected Shalba's attack with a mere flap of his wings and took off his limbs with physical attacks) | Mountain Class (Fought on par with Balance Breaker Sairaorg, who could easily destroy his Welsh Dragonic Rook), Island Class in later volumes | Small Country Class+ (Can physically damage comparable opponents; deflected Erebus' wave of darkness which caused cracks on his armour) | Small Country Class+ (Stronger than his previous state) | Country Class (Easily pierced through Tartarus and sliced off his arms), possibly Planet Class

Durability: Wall level. City level in later volumes (Could physically deflect a casual attack from Sonneillon) | City level (Managed to withstand casual attacks from Balance Breaker Vali [46]) | Mountain level (Tanked attacks from people who can easily deflect the Dragon Shot such as Sairaorg [47]) | Mountain level (More durable than before), higher with Welsh Dragonic Rook (His armour is stated to be five or six times thicker than usual, allowing him to withstand attacks that could easily pierce his normal Balance Breaker [48]), Unknown with Welsh Sonic Boost Knight | Island level (Comparable to other Maou-class individuals) | Mountain level (Can withstand attacks from Balance Breaker Sairaorg, who could easily destroy his most durable armour), Island level in later volumes | Small Country level+ (Managed to withstand Vidar's Fimbulvetr Shot, which stalemated a continuous bombardment of his Infinity Blaster, and got up shortly after [49]) | Small Country level+ (Superior to his previous state) | Country level (Tanked all of Tartarus' attacks without a scratch), possibly Planet level

Stamina: High (Can fight with fractured bones and crushed arms, and could temporarily endure the sensation of Raynare's light burning up and melting his insides at the beginning of the series. Even after sustaining serious injuries against Apophis, he went on to use a physically draining form and fought against both him and 666's consciousness in quick succession. Was also hinted to possess better endurance than Yuuto, although his strongest forms have time limits)

Intelligence: Originally incompetent in combat and the use of his Sacred Gear, Issei has mastered its use to greater effectiveness and has rapidly developed to become skilled in combat, being shown holding his own against adept and skilled close combatants such as Sairaorg and Vidar, quickly adapting to the latter's skillful and unique use of his legs in combat rather than his arms. Additionally, he has shown to be capable of compensating against more skilled opponents by thinking up clever strategies on the fly, improvising and exploiting their weaknesses in the middle of a fight, such as taking advantage of Vali's ability to absorb power for himself to overload him with excess energy and incapacitate him, and utilizing Transfer to enhance Kiba's speed to a point he couldn't control. He is also capable of outsmarting Cao Cao with a little bit of preparation and coordinating the Gremory Group with simple but effective strategies to successful results in the absence of their leader. Currently, he is getting smarter every day, as a capable fighter as well as a group leader so as his knowledge regarding subjects such as the supernatural, mythological, and the Rating Game.

Weaknesses: As a Devil and Dragon, Issei will take extra damage from holy/light-based attacks - although he has been shown to take attacks from such weapons and abilities - and Dragon Slaying weapons. He is extremely perverted and is often preoccupied with stripping female opponents rather than defeating them. The Juggernaut Drive is activated when Issei is overwhelmed by negative emotions such as anger and continual usage of it decreases his lifespan. The Divine Dividing Gear would decrease his lifespan upon use (no longer the case after obtaining the Dividing Wyvern Fairy). Pseudo DxD lasts for eighty eight minutes. Blazing Inferno of Scorching Flames will not work against Albion, Ophis, and Great Red. Issei cannot control Ryuuteimaru properly and it consumes too much energy, making AxA last for a short period of time. Additionally, after its deactivation, Issei is left exhausted for a few days, with Ryuuteimaru rendered completely immobile for the same timespan.