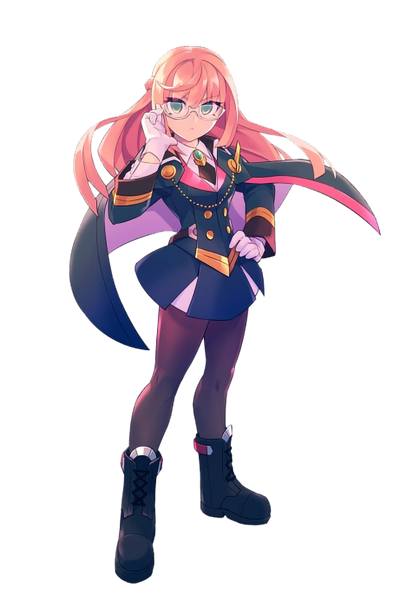 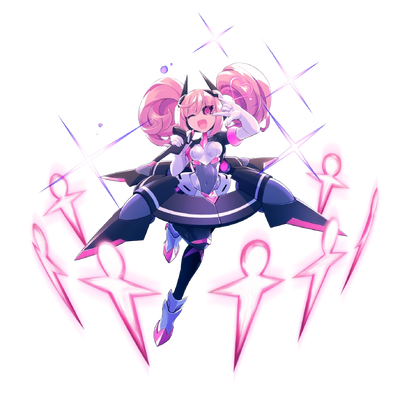 Isola is a boss in Gunvolt Chronicles: Luminous Avenger iX. She's both an enforcer for Sumeragi, and an idol. Her personality seems to wildly differ, to the point where the official website says it's impossible to tell what her true personality is, and that she herself may not remember it. Sometimes she's serious, sometimes she's frustrated, and sometimes she's incredibly vibrant (Mainly when she preforms as an idol)

Name: Isola, "Falcon★Idol", Ms. Warden (Name given to her by Rebellio)

Powers and Abilities: Superhuman Physical Characteristics, Energy Manipulation (Her Septima lets her control bits of energy called EXSIA as well as make human decoys), Light Manipulation, Flight, wears an armored skirt that can be used for melee attacks in Normal Mode and as a flying platform for her to stand on in Arena Mode

Striking Strength: Large Mountain Class (Can damage Copen by ramming into him)

Standard Equipment: Her Falcon Quill, which lets her turn into her weaponized form.

Intelligence: At least Average (Is a successful Idol and a high-ranking member of Sumeragi)

Weaknesses: Somewhat arrogant. Her personality is inconsistent to the point where she herself doesn't remember her origional personality. Her EXSIA bits can be blown away by some attacks.

Retrieved from "https://vsbattles.fandom.com/wiki/Isola?oldid=6129137"
Community content is available under CC-BY-SA unless otherwise noted.