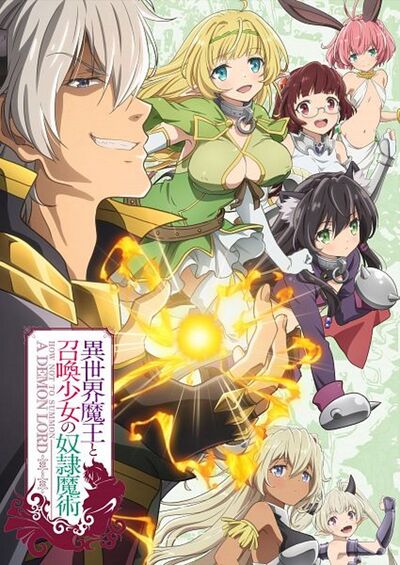 Isekai Maou to Shoukan Shoujo no Dorei Majutsu is Light Novel, Manga, and Anime written by Yukiya Murasaki. The story follows Sakamoto Takuma, who in regards to the MMORPG Cross Reverie, boasted an overwhelming strength that was enough for him to be called the Demon King by the other players. One day, Sakamoto is summoned to another world with the appearance he had in the game. There, he meets two people that insist "I am the real summon master." The girls used enslavement magic on him, that is normally used for summoned beasts.

However, his peculiar ability "Magic Reflection" is invoked! The ones that were turned in to slaves were the girls not Takuma!

He was bewildered, he was called the strongest magician but, he doesn't have any social skills. Panicking, the first words that he said were the ones that he used inside the game role-playing as the Demon King?! "I'm amazing you say? Of course I am. I am Diablo... The one feared as the Demon King!"

This is the story the Demon King (acting) that would soon inspire the world and his other world adventure that he plunges through with his absolute strength, raise the curtain!

Characters are Town level and Supersonic with the strongest being Large Town level. There are also some hax abilities in the series like Matter Manipulation, Absolute Zero, Durability Negation, Petrification etc. 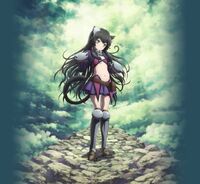 Rem Galleu
Add a photo to this gallery