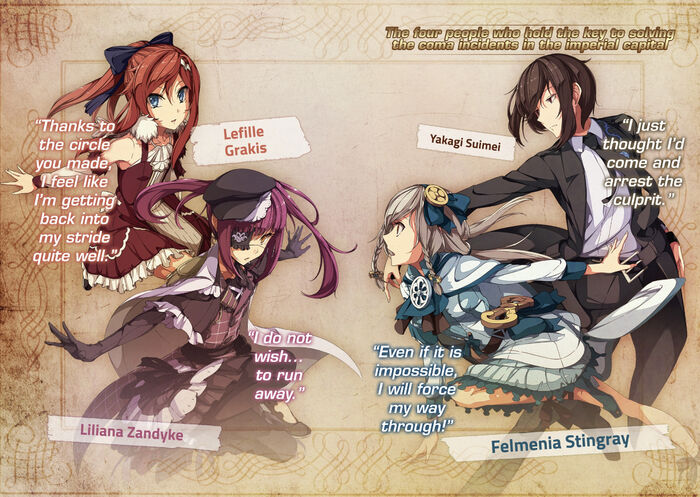 For detailed information about this series, visit the Isekai no Mahou wa Okureteru! Wiki.

Isekai Mahou wa Okureteru is an web novel, light novel and manga series which follows High School student Yakagi Suimei, who was transported to another world. Suimei was accidentally summoned along with his friend Reiji, the hero, to save the world from the demons. Reiji decided on his own to save the world, but Suimei refused, as he had no obligation to save anyone seeing as he was arbitrarily summoned. Gathering knowledge about the world, Suimei tries to discover a way back home, which brings the suspicion of Felmenia Stingray, as he supposed to be confined to his room but instead is loitering around.

Felmenia Stingray was a genius magician, who quickly became the most distinguished magician of the Astel Kingdom after she discovered the white fire magic, however all her magic proved useless against Suimei who is a modern magician. Before even being summoned to another world, Suimei was already a magician and magic existed in his world, hidden from society. Suimei embarks on an adventure to discover a way to return to his world.

The series has some hax abilities, as magicians like Suimei can kill apparitions which are conceptual existences, which take on the shape of things people hold deep fear towards. Suimei and some other characters are also capable of attacking souls. The greatest magicians from Suimei's world can use composite concepts, by using 2 or 3 concepts which are all different from each other. They are also said to be immortal.

Higher dimensional beings also seem to exists in the series, and Suimei's goal is to gain The Akashic Records which is the wisdom that is said to lie at the end after solving the laws of nature. Past, present, future and the astral plane as well, The record contains everything, and can warp reality. 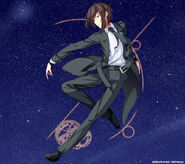 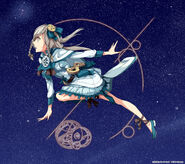 Rajas
Add a photo to this gallery