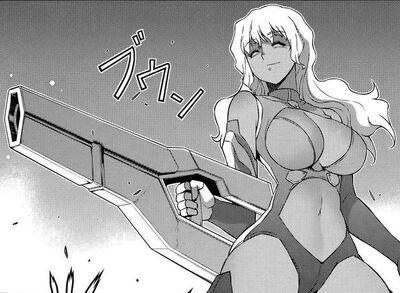 Isabella Lucas is a member of the Busters and former member of the Chevalier, who has been assigned to Operation Cat Killer, which entails the assassination of Gengo Aoi.