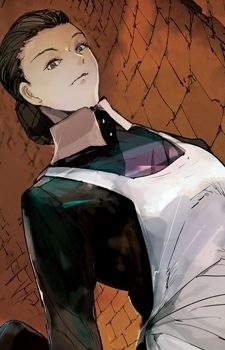 Isabella (イザベラ Izabera) is the main antagonist of the first arc of The Promised Neverland. She runs the "Plant 3" of the Grace Field House orphanages, and is the youngest ever chosen to become a "Mama".

Powers and Abilities: Peak Human Physical Characteristics, Genius Intelligence, Stealth Mastery (Able to chase and find the kids at their first attempt to escape without them noticing)

Lifting Strength: At least Above Average Human (Able to lift Emma off the ground with ease, she also has been shown lifting heavy objects with no difficulty)

Intelligence: Genius (Able to outsmart Emma, Norman and Ray. She quickly found out about the children's plan to escape, she is also very good at chess)

Retrieved from "https://vsbattles.fandom.com/wiki/Isabella_(The_Promised_Neverland)?oldid=5398872"
Community content is available under CC-BY-SA unless otherwise noted.