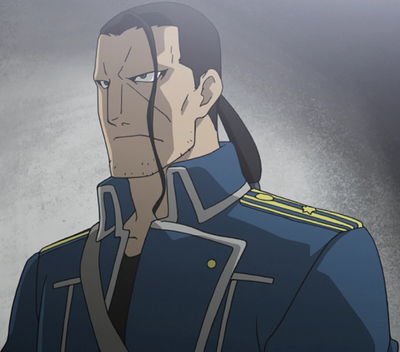 Isaac McDougal, the Freezing Alchemist, is a rogue State Alchemist who only appears in the Fullmetal Alchemist Brotherhood anime adaptation as a deserter who unsuccessfully attempts to kill the Fuhrer.

Age: Appears to be adult.

Attack Potency: Building level (Could trade blows with Edward). Large Building level with Alchemy (Comparable to other State Alchemists), can bypass durability by boiling/freezing the water in his opponent’s body. Town level with Philosopher's Stone (Given enough prep time, he created a series of transmutation circles around Central City that spewed a seemingly endless, unstoppable torrent of ice to freeze Central City Command over)

Intelligence: Above average (Implied to have found out the conspiracy in Amestris long before nearly everyone else did) 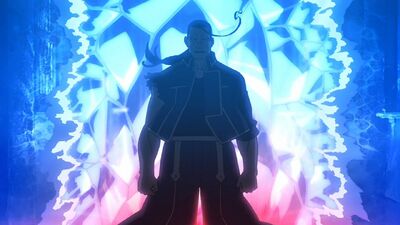 Retrieved from "https://vsbattles.fandom.com/wiki/Isaac_McDougal?oldid=6156535"
Community content is available under CC-BY-SA unless otherwise noted.